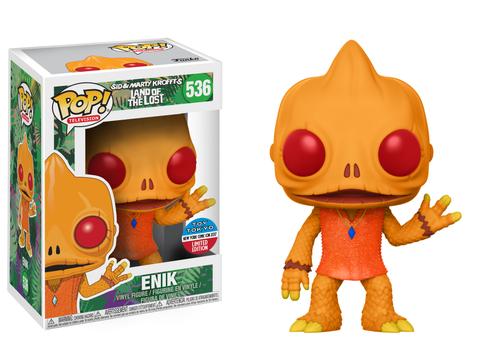 Are we ready for Wave 4? Well if not, get ready, Wave 4 is all about television! From Westworld is a Dolores Pop! Moving on to Trollhunters, look for the new Stone AAARRRGGHH!!! Pop! and Jim with his Amulet of Eclipse (Red) Armor Pop!. Buffy the Vampire Slayer fans prepare yourself, Faith is making her Pop! debut in a 2-pack featuring her and Buffy. For Doctor Who fans, the original Doctor is making his Pop! debut as the First Doctor. From Land of the Lost comes 2 new Pop!s. Coming to exclusively to NYCC and Toy Tokyo at NYCC comes Sleestak and Enik. And what would a convention be without a The Walking Dead exclusive? From The Walking Dead comes Dwight with his burnt face. Finally, last, but certainly not least, comes Stranger Things exclusives. In Pop! form, check out the New Eleven with Electrodes exclusive. Also check out the Funko Action Figures 3-pack with Eleven with Wig, Upside Down Will, and Demogorgon. That’s it for the Television wave, check back with us soon for the next NYCC Wave!