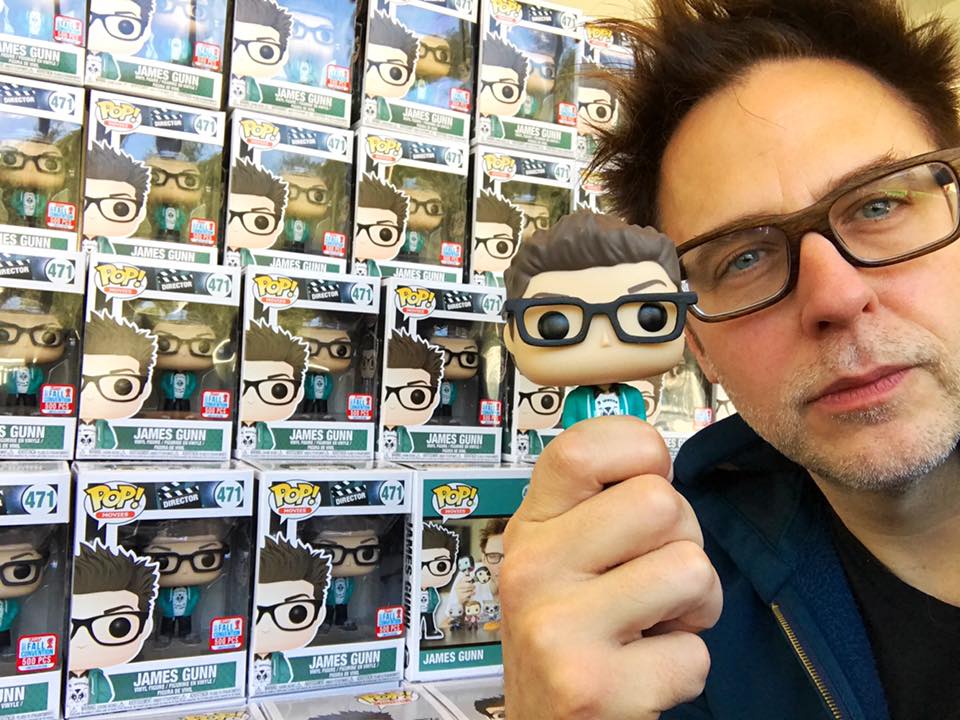 Director James Gunn announced today on Facebook that he received the highest honor, being immortalized in Pop! form. James Gunn joins the Pop! Movies Director Line, which right now consists of director Paul Feig. James’ Pop will be limited to 500 pieces and will be sold at NYCC and Funko-Shop on October 5th. Better be quick, because he will go quick!