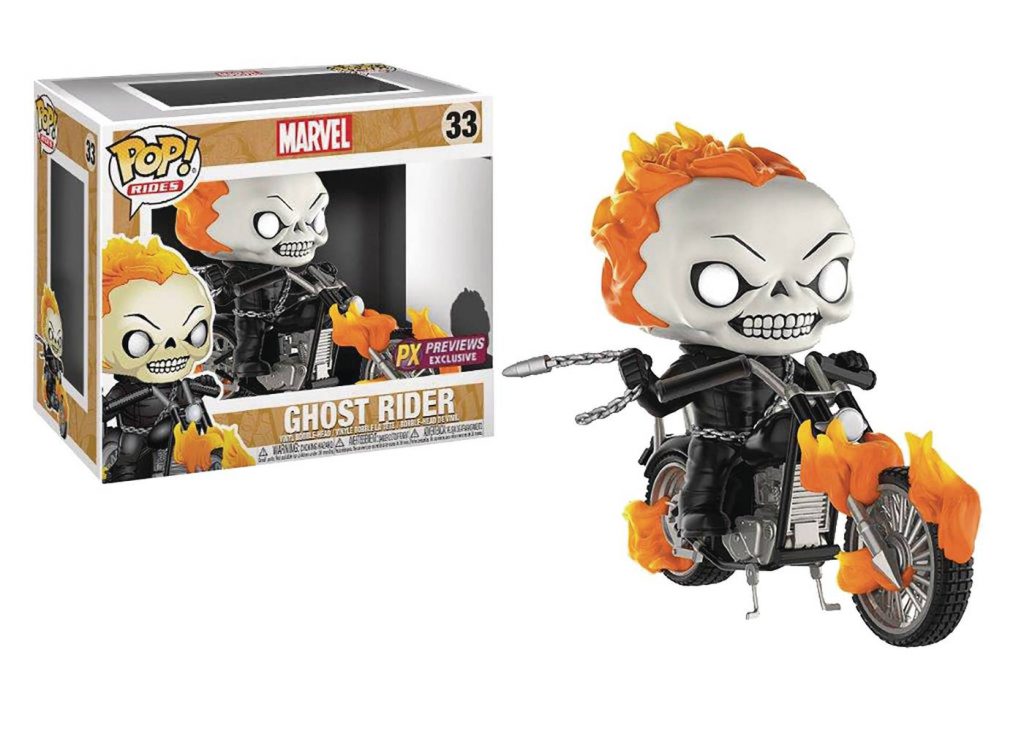 Johnny Blaze and his iconic motorcycle will be hitting stores in Pop! form later this year!

With the Ghost Rider Dorbz Ride releasing a few months back, it was only a matter of time until we see the Pop! alternative and it seems we’re also being treated to a glow-in-the-dark variant! Both versions will be exclusive to Previews. (Which means you’ll find them at comic book stores, Entertainment Earth, FYE etc.)

Check them out below!