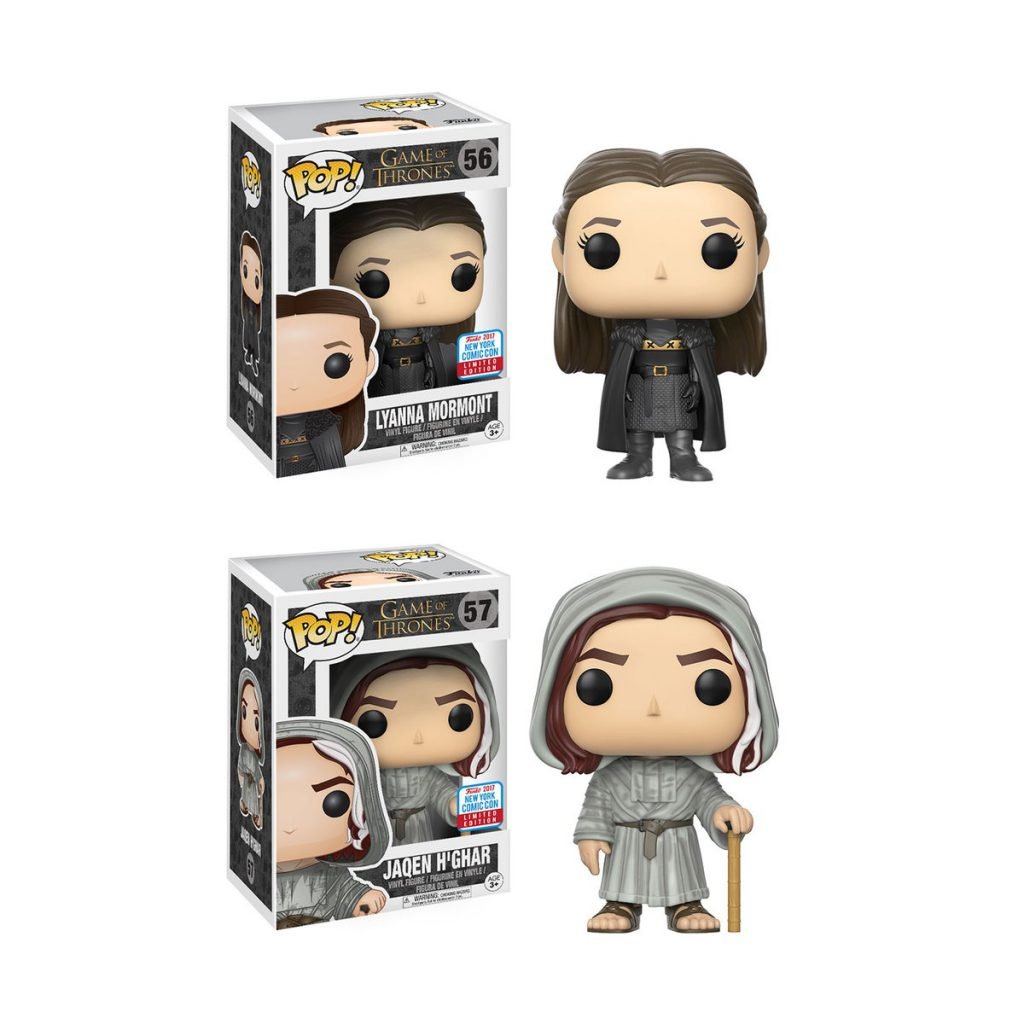 Funko have shown us a couple more of their upcoming New York Comic Con exclusives! Just in time to celebrate yesterday’s season finale of Game of Thrones, two fan favourites will be available at the convention later this year.

Lyanna Mormont has been popular with viewers of the show since her first appearance back in season 6 so it’s no surprise we’re seeing her in Pop! form!

A man will have a Pop. Yes, Jaqen H’Ghar of the faceless men will also be available at NYCC later this year.

Will you be tracking these down to add to your collection? Which other Game of Thrones characters are you hoping to see in the future?

Let us know in the comments below!