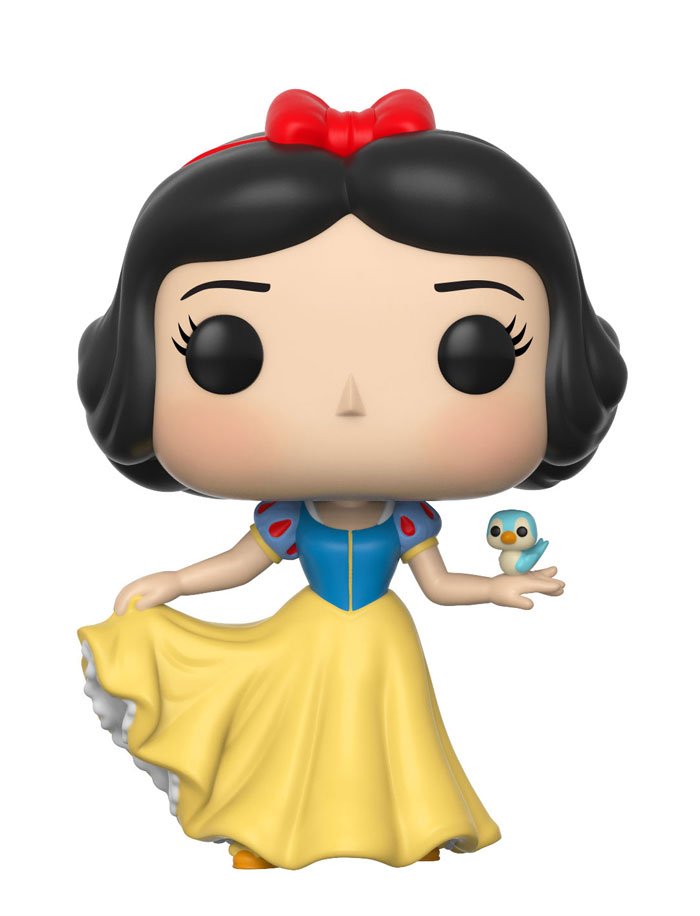 This year marks the 80th anniversary of Disney’s animated classic Snow White and the Seven Dwarfs. It also seems that Snow White Funko products won’t be in short supply later this year!

Funko have a whole set of Snow White Pint Size Heroes on the way and they are cute as buttons! Two Snows, Prince Charming, the seven dwarfs and two Evil Queens (one in her “hag” form”) make up this adorable set.

It’s been a while since we last got a new Snow White Pop and it looks like Funko is making up for lost time! This October, you’ll be able to add Snow White, The Evil Queen (Hag/Witch), Dopey, Bashful, Sneezy, Sleepy, Happy, Grumpy, and Doc to your collection! Oh, did I mention Dopey has a chase and there’s also three exclusives? Well, there are! Check them all out below!