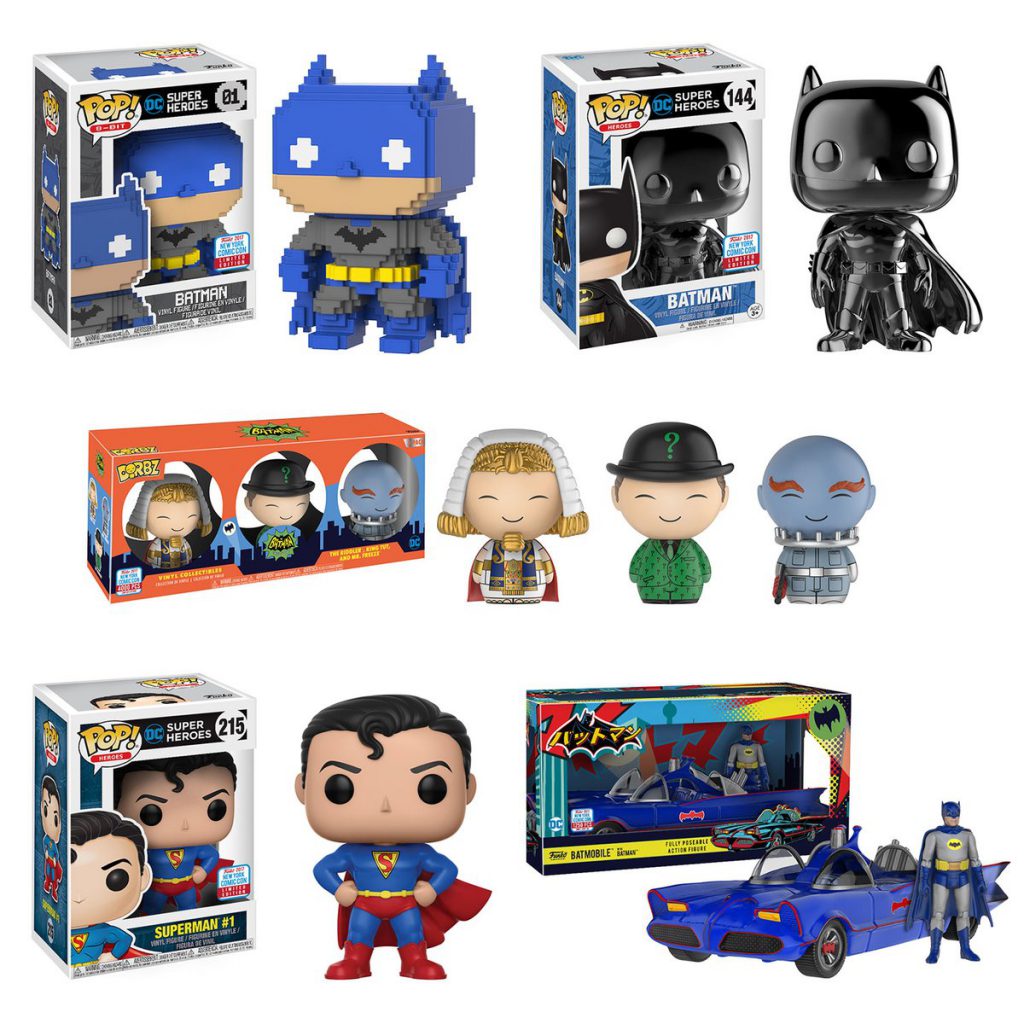 In case you missed it yesterday, Funko announced their second wave of New York Comic Con exclusives! This wave had their DC Comics offerings. It also showcased Funko’s debut “Pop! 8-bit” figure, with the first character being Batman. (Who else?)

The other two DC Pops that will be available at the con include a “First Appearance” Superman and a black chrome Batman!

A three pack of Dorbz from the classic Batman TV series and a colour variant of Funko’s Batmobile with action figure round out this wave.