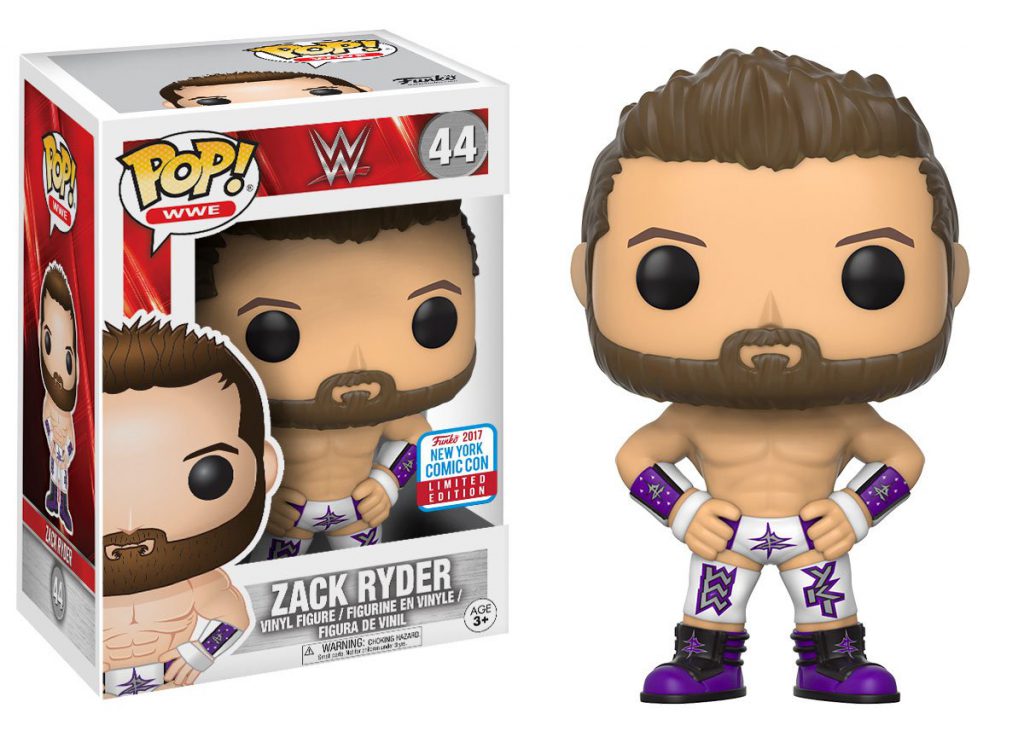 Thanks to Funko we have our first official New York Comic Con exclusive!

That’s right, WWE’s Zack Ryder  marks the start of over sixty NYCC 2017 exclusives! As some fans may know, Zack Ryder is actually a huge Funko fan and collector so I’m sure he’s over the moon with a Pop! of himself.

Now the observant among you may have noticed that the title of this post said exclusives, plural. Thanks to a listing in Books-A-Million’s inventory system and an image that has surfaced on Facebook, we may just have a look at our second exclusive – Jaqen H’Ghar from Game of Thrones!

Funko recently tweeted that more New York Comic Con reveals will be coming on Monday, so stay tuned for more news next week. And don’t forget to let us know your predictions in the comments below!