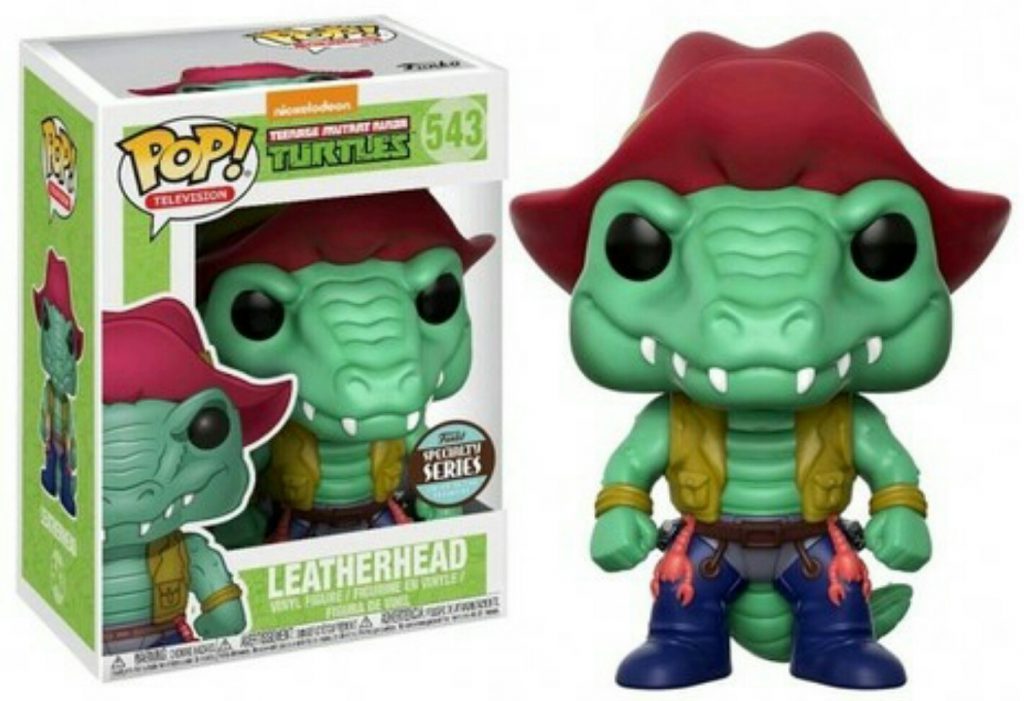 In case you couldn’t tell from my superfluous use of capital leather… err, I mean letters, someone here at PPG is extra excited for the newest addition to the Funko TMNT Pop! line.  Leatherhead, the giant green alligator, first mutated after spending time in a mutagen laced portion of the Florida everglades.  His mutated form left him with (YOU GUESSED IT) a humanoid figure, alligator instincts, a cajun accent, and the ability to toss crayfish with the accuracy of Nolan Ryan. Luckily, stereotyping was all the rage in the 80’s; otherwise they might have diversified their alligator population.  I don’t know about you, but I’m not sure I could ever enjoy a cartoon alligator with a Canadian accent.

Sigh, I guess it’s time to move on from the greatest cartoon an 80s child ever experienced, to the greatest superhero of all existence.  Here we have Superman #1, framed in a cute little Dorbz vinyl. You can tell this is Superman #1, a direct clone of his first incarnation, by his lack of abs and the (spoiler alert) official “Clark Kent feature hiding kiss curl,” wrapped around the majority of Superman’s forehead.  You can expect to find both of these awesome Funko vinyls at a small business near you, sometime in October 2017.