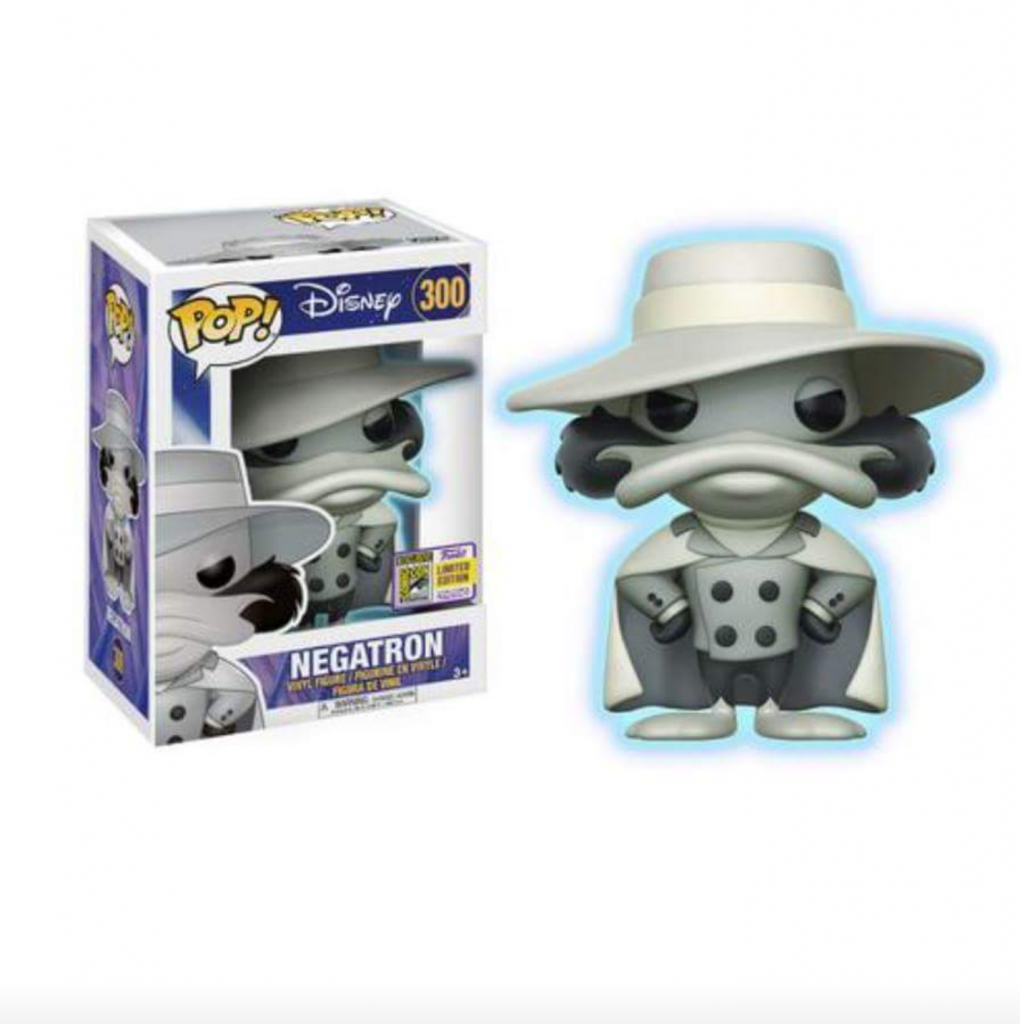 (First of all, who says doozy? THIS GUY RIGHT HERE *points thumb at chest while smiling*)

If you’ve yet to see Funkos wave 8 reveal for this years San Diego Comic Con, they just teased some really cool pictures from their latest group of Disney exclusives.

Chip and Dale get a new 2 pack while Tigger gets an extremely impressive bouncing style pop – oh and don’t forget the best part, all 3 pops are flocked!

The highly sought after Jolly Roger (1000 LE) from Pirates of the Carribean online finally glows like a real deadman, while Aladdin and Abu swoop in on their Magic carpet in adorbzable Dorbz format.

Finally, if you’ve yet to purchase your Darkwing Duck set, grab them now and make room in the middle for GITD Negatron as he makes his appearance at SDCC as well.