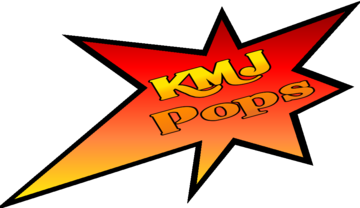 To accompany our lovely, brand-spankin’ new Marketplace, we at PPG are excited to bring you our first PPG Featured Seller, KMJ Pops! KMJ, an Arizona-based seller of vinyl and diecast, was the first seller to hop aboard the PPG Marketplace train, so what better candidate could we possibly ask for? We hope you enjoy this quick Q&A with Kirk from KMJ.

PPG: Tell me a little about yourself and what got you into collecting.

KMJ: Born in Hawthorne California in 1955 (same place Mattel was founded in 1948). Comic Books were cool, so were Baseball Cards, but the southern California car scene was great during the 60s & early 70s, so I made plastic model cars and followed people like Ed ‘Big Daddy’ Roth and George Barris. Went to the Drag Races often, hence my love for the 1955 Chevy Gasser cars! Became a USAF Firefighter in 1977 and served until 2000, collecting diecast Fire Trucks and cars with Flames on them. While serving at Camp Pendleton in the 1990s as a Civil Service Fireman, on my days off I opened a store in San Clemente, CA called ‘Kirk’s Card Corner’ and then teamed up with a friend who sold Comic Books and Action Figures in a store called Comicopolis. But by 1997 I was selling more on eBay than was in the store. I learned right away I was reaching more people and was open 24/7 by selling online. I got away from Comic Books and Sports Cards and specialized in my initial true passion, Hot Wheels. I have been selling Hot Wheels online now for 20 years and have over 60,000 items listed in my online store. Recently I had an opportunity to buy some Pop Vinyls and the knowledge from the Comic Book Store kicked right in and helped me choose what to sell.

PPG: What are some of the most prized pieces in your collection?

KMJ: I have some great stuff, but recently my lady got me a 1970 Dodge Charger Daytona with the Rare Black Interior, but there are many more items I really love from Babe Ruth to Rat Finks.

PPG: You started out with cards and comics, moved to Hot Wheels and other diecast, and now you’re the first seller of Pops on the PPG marketplace. How does the Pop market compare to the Hot Wheels market?

KMJ: The entire Pop Culture interests me, Hot Wheels even uses Comic Book Heroes on their vehicles, and Movie Cars are huge sellers, so the Pops and Hot Wheels do actually have a lot in common. I just love the variety of subjects that are covered by Funko!

PPG: What do you sell beyond diecast and vinyl? Are there other collectibles you’d like to get into?

KMJ: Right now just the Hot Wheels & Pops keeps me really busy. Look at how many of each are made (50,000 different Hot Wheels over 50 years and already more than 10,000 Funko products in a much shorter period), it is amazing to say the least.

PPG: Which Pop vinyl (or other Funko product) is your favorite?

KMJ: I will have to go with the ones I used on my Storefront, Captain James T Kirk, Lily Munster, and John Lennon. Those not only make up KMJ which is actually me and my two kids, Kirk, Melissa, Jonathon. But I watched Star Trek as kid, loved The Munsters too and Classic Rock is my music choice.

PPG: Describe your experience so far with the PPG Marketplace. Have you found it easy to list and had success with your sales?

KMJ: Love PPG, awesome site that is full of information, great layout, love the Sales History, which helps a lot when buying Pops to resell, have sold some great Pops to some of your collectors, all of which have been great customers. Just a cool site to be a part of, happy happy happy.

PPG: How does the PPG Marketplace compare to other large marketplaces in terms of ease of use, flexibility, etc.?

KMJ: Totally user friendly, makes work seem like fun, have had no problems at all so far, unlike that big selling site we all know about.

PPG: Do you have any advice to new sellers entering the world of Pop Vinyl?

KMJ: Seeing all the different categories there are makes endlessly fun, bring out the kid in you when you see some of these characters, I find myself smiling a lot more with the Pops. So I say if you enjoy having a smile on your face all day, try buying, selling even collecting Pops!

Big thanks to Kirk for the interview! We wish you continued success in the Marketplace and are happy to have you on board.

Are you interested in having your store showcased on the largest Funko collecting site on the planet? Yeah? Then what are you waiting for…contact us at team@poppriceguide.com and set up your very own storefront! Not only will you be part of the fast growing Marketplace, you could get your own feature right here on the front page.