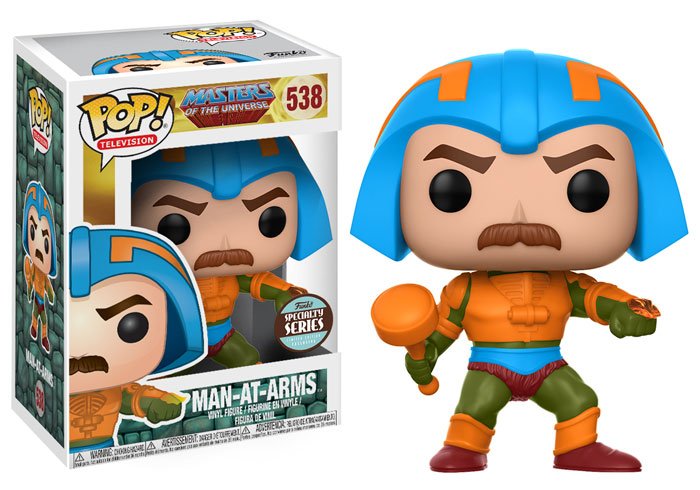 OK, so I jumped the gun a little on my “unofficial” Man-At-Arms post (which I’ve since deleted). Funko has now officially announced the next wave of Specialty Series. MOTU fans will be able to pick up Man-At-Arms, the hero of Eternia complete with action pose and manly mustache, while Marvel Fans get the first incarnation of Iron Man’s Mark I armor in Dorbz form. These are due in September.