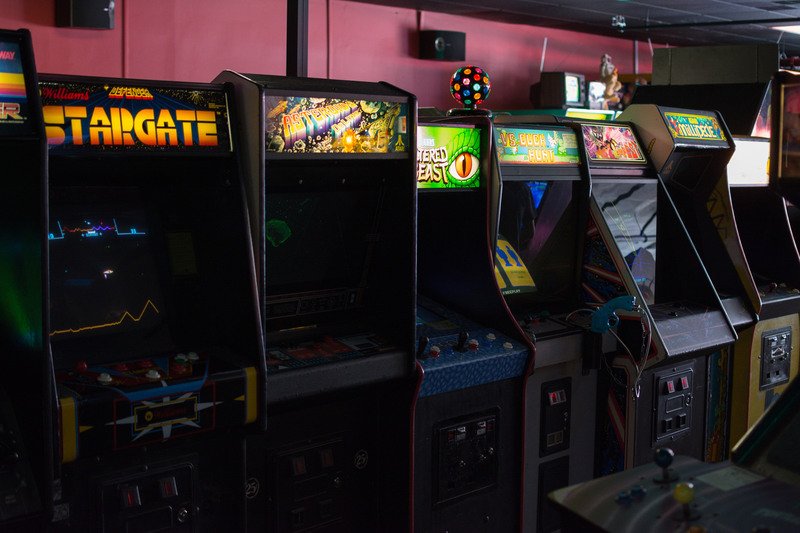 Let’s take back a few years, back to when action figures cost $2.99, everyone had to wonder for three years if Darth Vader really was Luke’s father, and coin-op arcade machines engulfed many a quarter from the day’s youth. At the time, you couldn’t even walk into your favorite gas station or grocery store without being greeted with the temptation of playing the hottest new games. And the arcades…my god, were they glorious! Row after row of dozens of games, each being stuffed with quarters like they’d all be gone tomorrow. Sadly, many of these machines went the way of the dodo, and finding a quality retro arcade can sometimes be a challenge. But that doesn’t mean we can’t have cool collectibles to remember these games by.

Funko has this nasty habit of making items that tap into the deepest recesses of nostalgia for many of us, and for me, their recognition of some of these classic games has resulted in some of their most enjoyable items. Today’s focus is on the series of Retro Video Game Mystery Minis, which has been out and about for around three months now. The set includes key characters from some of the most popular games from back in the day – Pac-Man, Ms. Pac-Man, Dig Dug, Centipede, Frogger, Q*Bert, and Mega Man. Now, I have to say that the inclusion of Mega Man was a little odd given that (to my knowledge) the original Mega Man was never a coin-op arcade game…but then again, this isn’t the “Retro Coin-Op Games” series. So I digress.

I was surprised to see how bulky these Minis are! In addition to being just as tall (if not taller) than most Mystery Minis, they’re also wide and heavy, keeping proportions intact and offering really fun representations of the characters. There are 12 figures in the set: Pac-Man and Blinky from Pac-Man; Ms. Pac-Man and Pinky from Ms. Pac-Man; Dig Dug, Pooka and Fygar from Dig Dug; Q*Bert and Coily from Q*bert; and the titular characters from Frogger, Centipede, and Mega Man. They are all 1/12 ratio, and some of the “mystery” is taken away by the fact that each comes in a display box with art emulating that of the stand-up arcade game in which they can be found. Of course there’s a 1:3 chance your Dig Dug box will get you Dig Dug, but with a Centipede box you know exactly what you’re getting.

I would love to see a second series of Retro Game characters hit the streets in the future. If you would, who would you like to see?

What would you like to see in a second Retro Video Games Mystery Minis series? Select as many as you'd like!