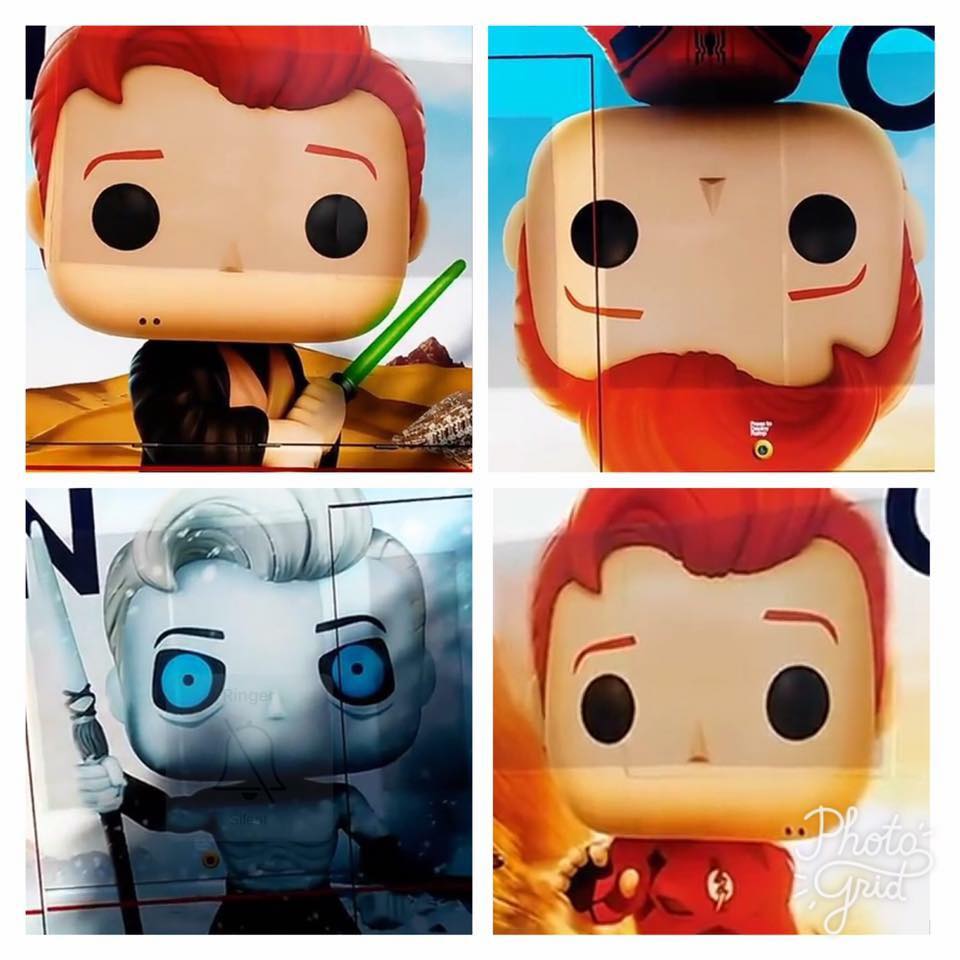 Spotted on buses and trolleys in San Diego and LA is this year’s line up of Conan Pop!s. Representing Star Wars: The Last Jedi is Jedi Conan. From Game of Thrones is White Walker Conan. From Spider-Man: Homecoming is Spidey Conan. Lastly from Justice League is The Flash Conan. Watch Conan O’Brien and follow Team Coco during SDCC to enter to win these bad boys.

UPDATE: The Pops were officially shown off and we have pics of all four in their boxes.

UPDATE: Team Coco revealed a 5th Pop! for this year’s lineup, a limited edition MonoConan. MonoConan “will only be available through activations and giveaways taking place in San Diego” according to the Team Coco press release.