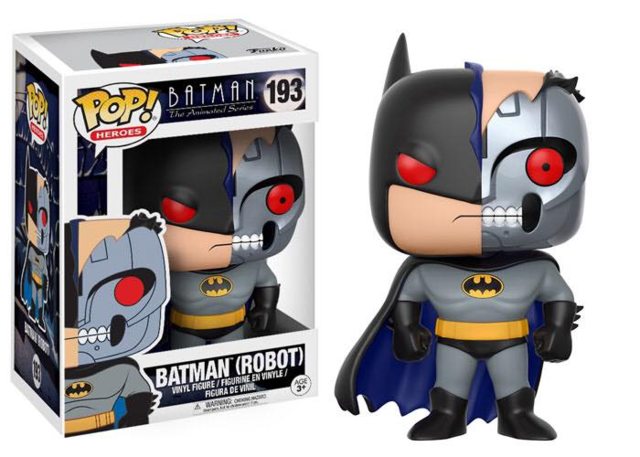 Images of the second wave of Batman: The Animated Series have surfaced and they look great! The set is made up of Robot Batman (with a chase variant), Catwoman, Clayface, Scarecrow, Phantasm and Bane. Check them out below!

Don’t forget, the next Legion of Collectors – Funko’s DC bi-monthly subscription box – has a Batman: The Animated Series theme. Which Pop! do you think we’ll see inside? Let us know in the comments below!