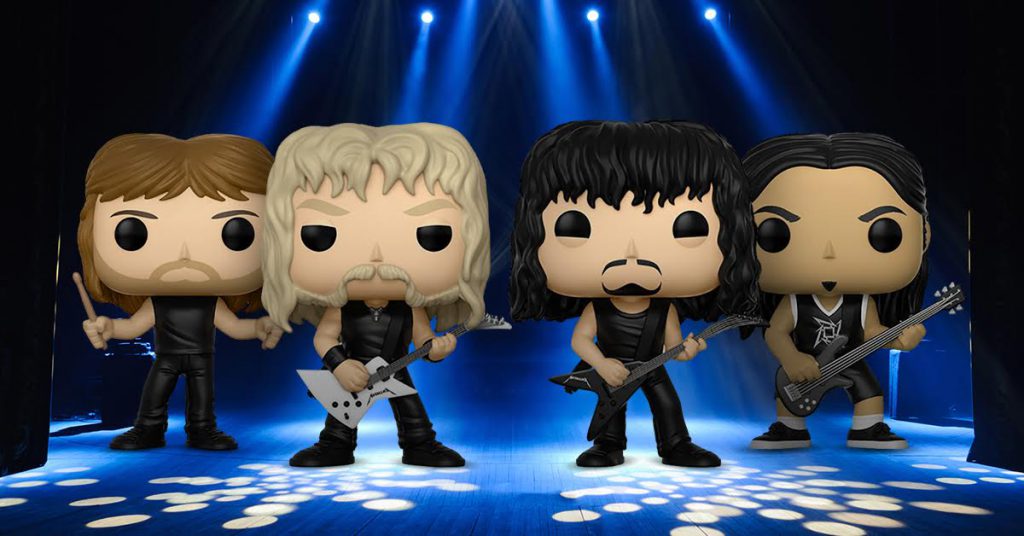 Great news, Metallica fans! Funko will be offering the current lineup of metal legends Metallica in the Pop Rocks line. Get James Hetfield, Kirk Hammett, Lars Ulrich, and Robert Trujillo this September. Will we ever see former bassists Jason Newstead and Cliff Burton? The fact that James, Lars and Kirk are done in their appearance from the late-80s/early-90s gives me a little hope…