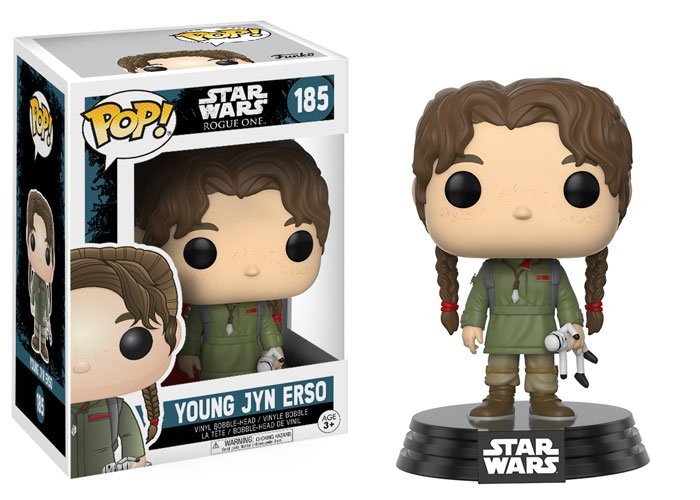 Funko celebrates May the Fourth with another Star Wars announcement! Four new Pops will see release in September – Galen Erso, Young Jyn Erso, Weeteef Cyubee, and a black Death Star Droid. Given that the DSD is marked as “Black”, I think we can safely expect a silver version at some point as well.

These can be preordered at Entertainment Earth and Pop In A Box.

Finally, an image has surfaced of the first wave of Star Wars Mystery Minis! This first wave focuses on A New Hope and has a great selection of heroes, villains and aliens.

6 thoughts on “May the Fourth Be With You….some more!”