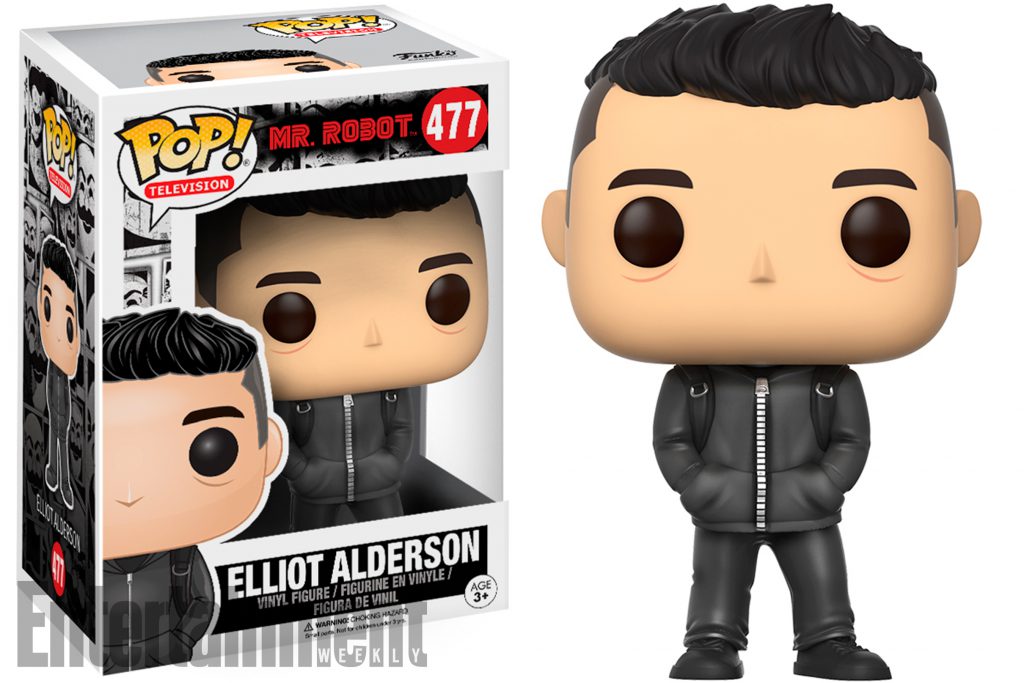 Thanks to an article on EW.com we now have confirmation that Mr. Robot will be added to the Pop Vinyl line. This series starts off with a half-dozen figures – Elliot Alderson, Mr. Robot, Angela Moss, Darlene, White Rose, and a chase figure of Elliot with his hood up. The article also alludes to a seventh figure from the series that will show up at San Diego Comic Con.