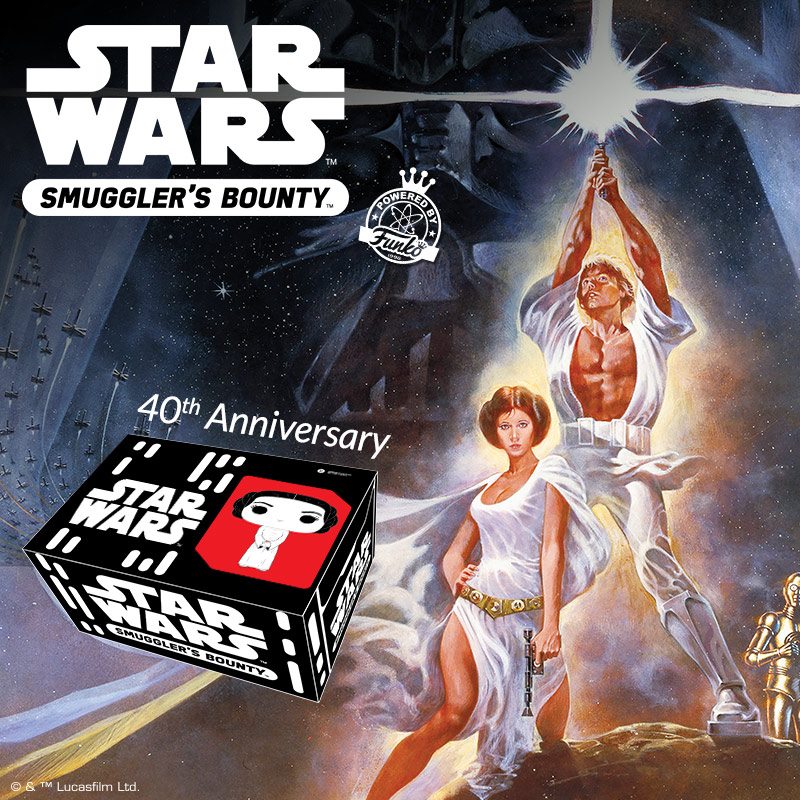 If you’re a Star Wars fan, you’re probably aware that 2017 marks the 40th anniversary of A New Hope. It seems Funko are prepared as the next Smuggler’s Bounty theme celebrates that milestone! Which items do you think will be in the next box that starts shipping in May? Will we see two Pops? Or maybe our first Star Wars Mystery Mini? Let us know what you think by taking part in the comments! If you’re not signed up, head over to the Smuggler’s Bounty site and reserve yours!

5 thoughts on “The Next Smuggler’s Bounty Theme Officially Revealed!”