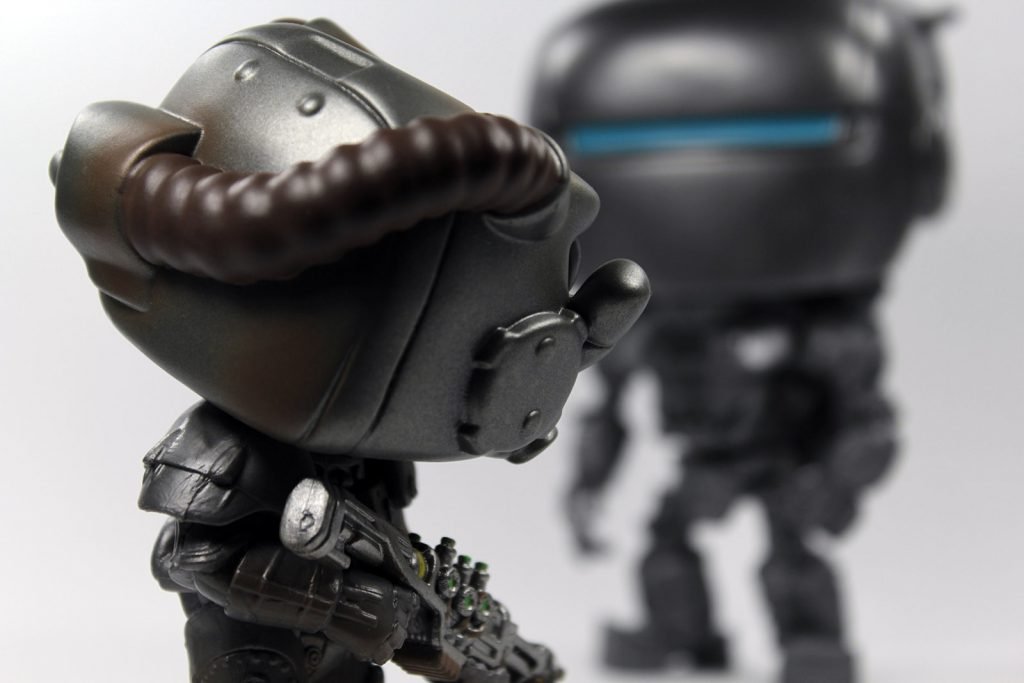 Our friends at Toy Wars were awesome enough to send out some Pops from the new Fallout 4 series in Pop Games. This series is super cool with some great characters – Liberty Prime, Power Armor X-01, Piper Wright, Nick Valentine, Paladin Danse, and Codsworth. Here we have some pics of all but the last two.

I’m not gonna lie, I’ve never played a Fallout game, so my familiarity with these characters is minimal. What I do know, I’ve learned from watching my daughter play Fallout 4. As a Fallout fan, she was in love with this series, particularly a favorite, Nick Valentine, and the big baddie, Liberty Prime. Liberty Prime is done in the super-sized 6″ form, and has some great detail on its torso and limbs. The Power Armor, being slightly bulkier than the average Pop, also sports some fine detail and dynamics. The synth Valentine comes with his standard hat and exposed underwiring, and Piper includes her press hat and a lit smoke in her right hand. These Pops really have a lot of personality.

The complete series is available at Toy Wars, where you can get free shipping on orders of $50 or more.