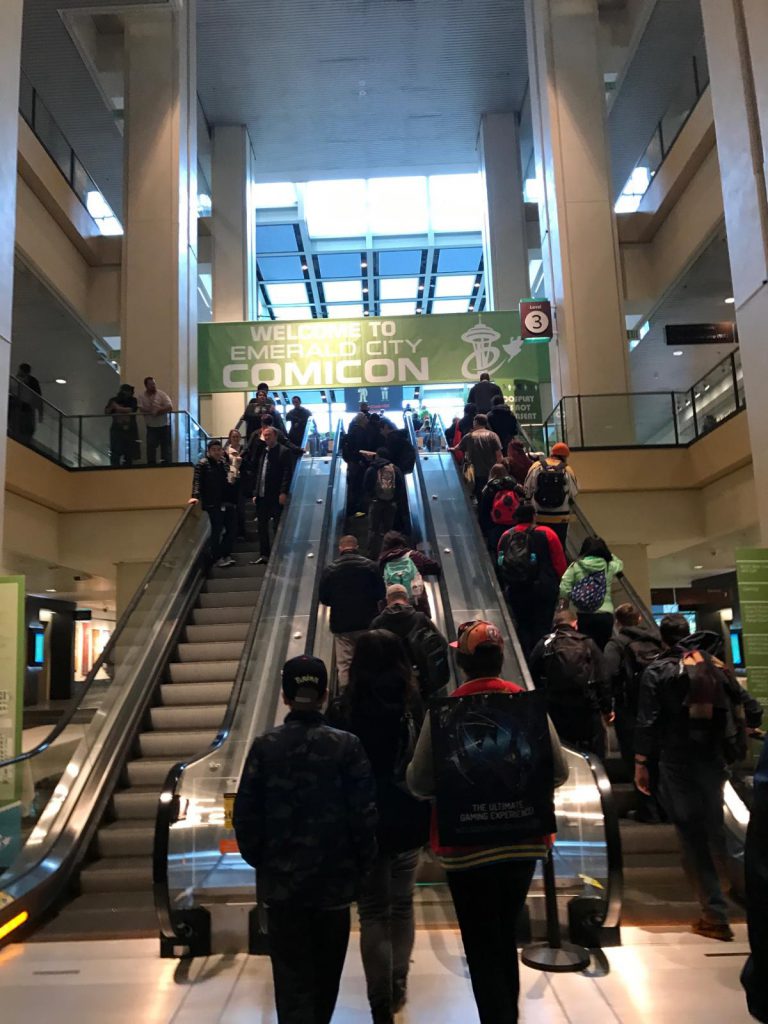 It was day two of ECCC and the difference between Thursday and Friday is enormous where Thursday felt busy Friday was a mad house with easily three times as many people.

This year ECCC has really stepped up their panel game the first of the day was for Outlander which we had to wait outside in the rain for nearly two hours to attend. And it was a packed house of 2,000 with lots of people having traveled from out of state to attend (those Outlander fans are die hard). The stars of the show Caitriona and Sam really seemed to enjoy themselves in their first Con experience outside of SDCC. The panel had a really fun vibe with the moderator Claire Kramer  going out of her way to field questions that hadn’t already been asked a million times before. And as you can see in the pics Sam was wearing a kilt so even better.

The Animaniacs panel was a major blast having been a huge fan of the show since I was a kid being in a room full of adults singing Animaniacs songs was a very special experience for me. Rob, Tress, Jess and Maurice had great chemistry on stage and listening to them seamlessly switch from one voice to another was really incredible but the highlight had to have been hearing Rob swear in Pinky’s voice truly EPIC.

The Guardians of the Galaxy panel with Michael Rooker and Sean Gunn was a lot of fun despite a large portion of the Q and A being high jacked by Gilmore Girls questions. Michael is quite the character at the end when the moderator said they didn’t have time for any more questions he high jacked the panel by jumping off the stage with his microphone and proceeded to go down the line of people who had been waiting so all questions could be answered.

This year the Artist Alley has been expanded into where they formerly  held the Autographing and Photo Ops giving way more amazing Artists the space to showcase some incredible work.

So another day at ECCC is over I’m going to start preparing for the madhouse that Saturday will be. Wish me luck hopefully I will survive to bring you more tidbits.