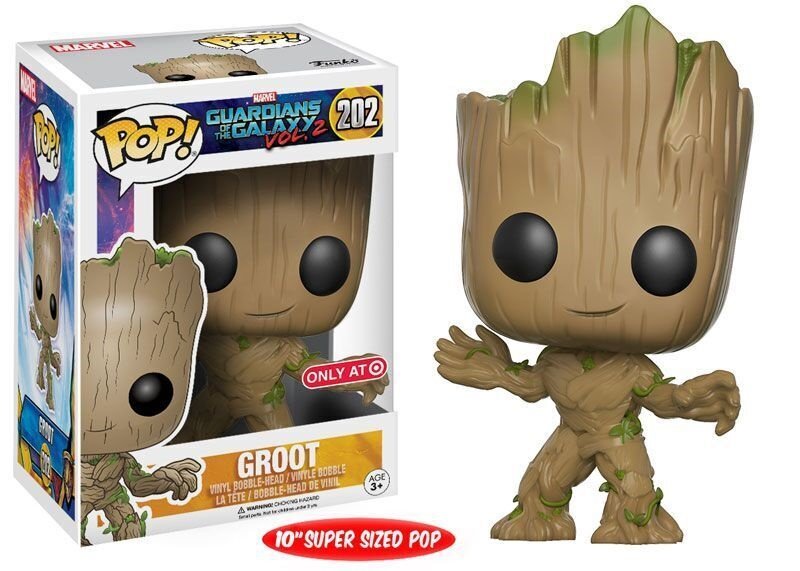 Nearly every branch of Funko’s current lines are represented in today’s announcement of the Guardians of the Galaxy Vol. 2 collection. every piece is expected to arrive on shelves in February, so you have plenty of time to collect them all before the next installment in the Marvel Cinematic Universe hits theaters in May.

We’ll start with the POP!s. And the biggest suprise is the 10″ Super-Sized Groot, which will be a Target exclusive. no information right now on price, but i would guess it will retail at $20ish.

3 new Marvel keychains are coming too. Star Lord, Groot and Rocket will be making their return to guarding your keys.

Dorbz were not forgotten for this film either. The 2 new characters, Mantis and Taserface, will be added to the Dorbz lineup. Another Rocket and 2 more versions of  Groot will be made also.

Mantis and Gamora will be featured in the expansion of the Rock Candy line. The Marvel pint size hero line will expand to include all your favorite characters from Guardians. And the final addition for Volumes 2 is four Hero Plushies (Star-Lord, Rocket, Groot and Jumpsuit Groot).

13 thoughts on “Funko goes all out for Guardians of the Galaxy Vol. 2”