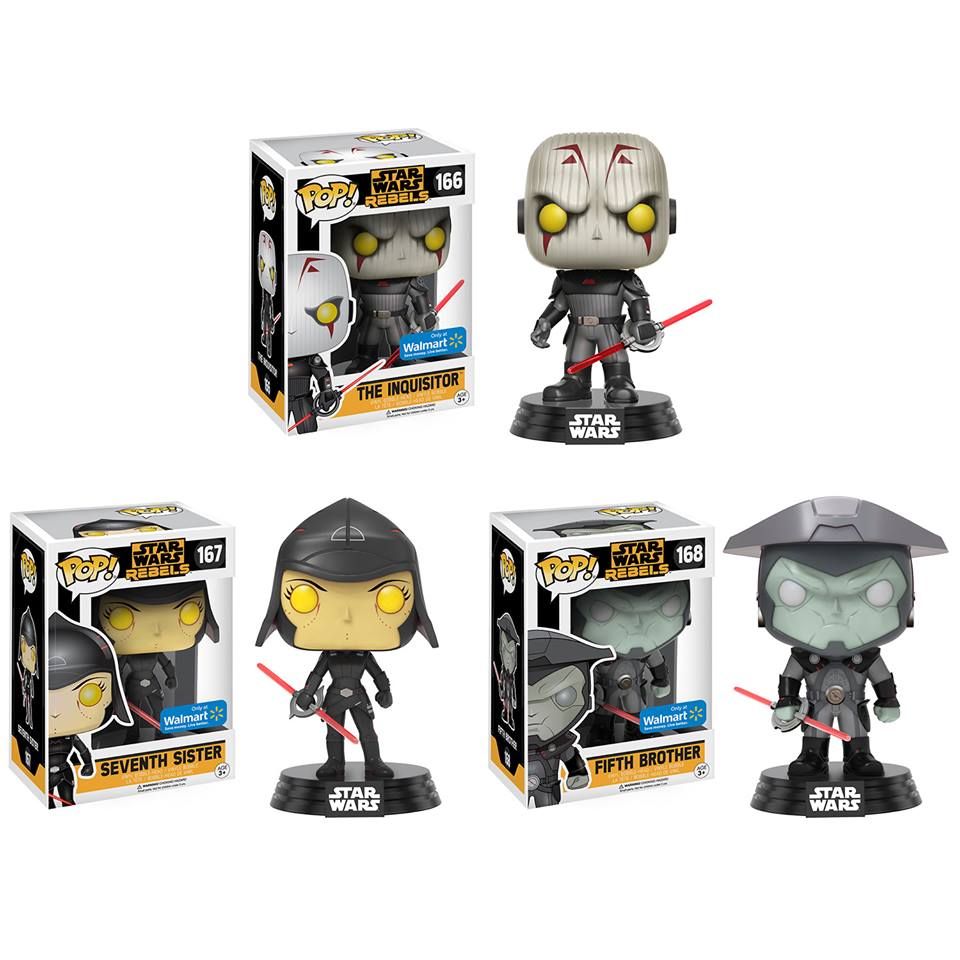 This March we will see the widespread release of the three girls – Blossom, Bubble and Buttercup – plus the addition of Mojo Jojo and Him, one of the most unnerving looking characters to grace the screen. Him can also be found in a glow in the dark chase variant.

Entertainment Earth has Powerpuff Girls and Boss Baby up for preorder.

And finally, we get to a big announcement pertaining to the Disney animated series, Star Wars: Rebels. Spoilers Ahead if you’re sensitive to that kind of thing. As you may know, the March edition of Funko’s Smugglers Bounty box is Rebel themed, and it’s been announced that the box will include a special Pop Vinyl of Darth Maul from the series. Additionally, the Inquisitor and two of his counterparts – Fifth Brother and Seventh Sister – will see release as Walmart exclusives.