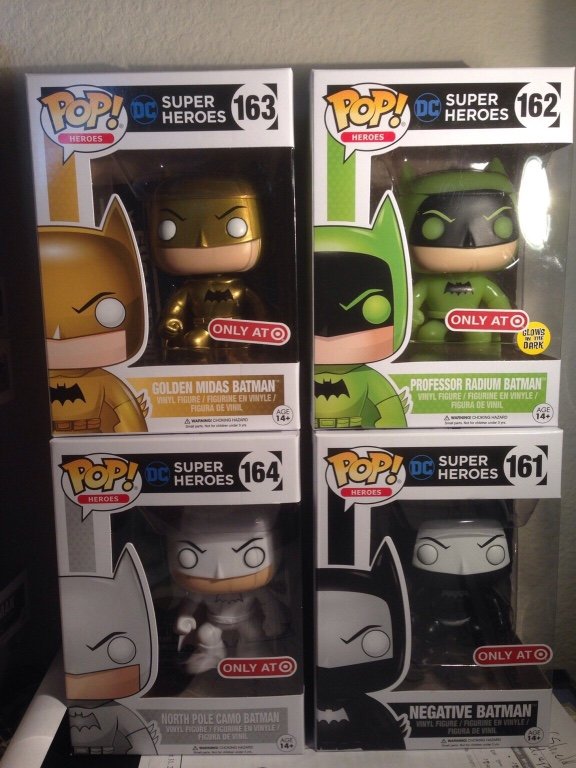 And they’re Target exclusives! Reddit user andrewisgoofy has sent along a pic of four new Batmans appearing in Target stores. Keep your eyes peeled for Golden Midas Batman, Professor Radium Batman (Glow in the Dark), North Pole Camo Batman, and Negative Batman. These are all obscure costumes used in early Detective Comics issues, and will fit right in with your Rainbow Batman, Zebra Batman and Bullseye Batman (if you’re into that kind of thing).