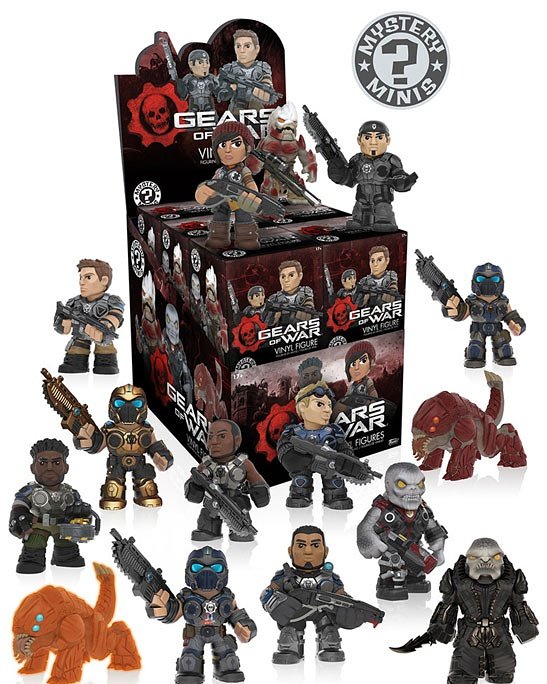 UPDATE: Another video game Pop! has just surfaced at Forbidden Planet! You can pre-order the gold Vault Boy variant which is expected to arrive at the end of October. No word on if this will be an exclusive in North America but we will update you when we know more.

It’s a great day for video game fans! Not only was a Q-Bert Pop! Vinyl announced, but we’ve got some Funko news regarding Gears of War, Overwatch and Call of Duty!

The Gears Pops have started to show up in stores, but if that doesn’t fill your need for Gears of War collectibles, check out the newly announced Mystery Minis below!

The GameStop exclusive Monkey Bomb is getting a ‘Toasted’ variant which will only be available through GameStop’s Power Up Rewards program.

If you’re more of an Overwatch fan, you might be interested in this ‘Patina’ variant of the Widowmaker Pop! Vinyl. It is currently only available to order for those that purchased a digital Blizzcon ticket. It’s possible it will be available through the Blizzard Store at a later date so keep an eye out!