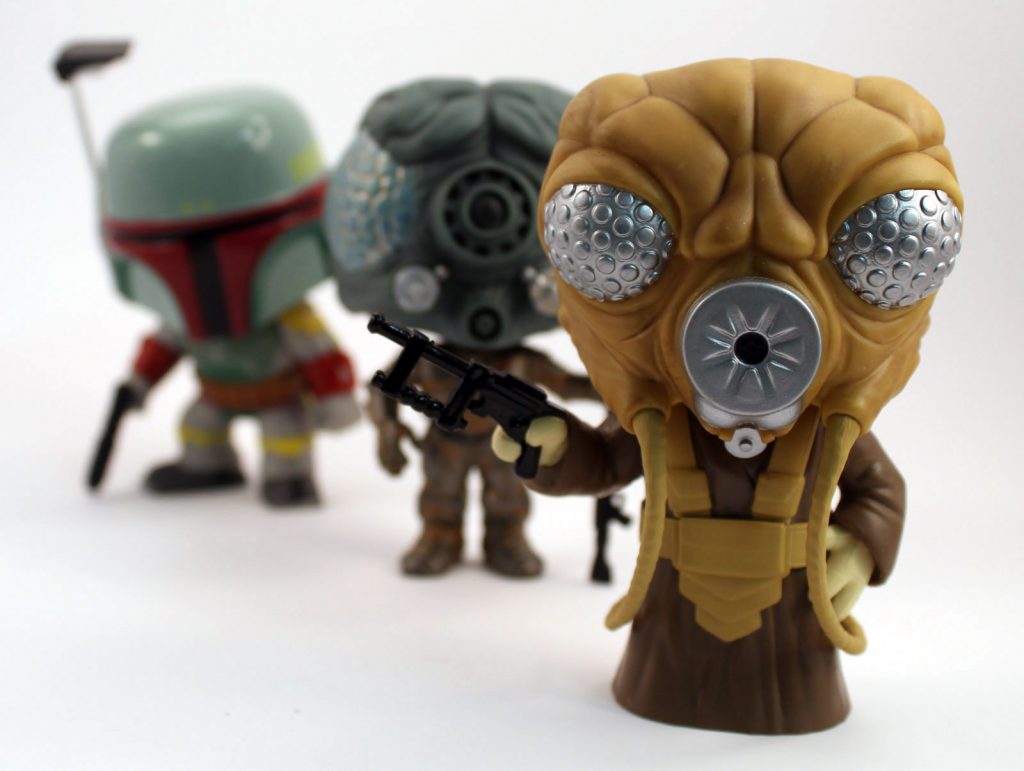 Thanks to the kind folks at Toy Wars, Pop Price Guide has three yet-to-be-released Pops to show off! Being a huge Star Wars fan, you can bet I saved the best for last. Here’s a bit on the Toy Wars exclusive Zuckuss!

Who grew up in the heyday of the Kenner Star Wars line? Who doesn’t remember the Kenner’s 4-LOM/Zuckuss flub, confusing a generation of fans by getting the names mixed up on Zuckuss and 4-LOM, switching the two through the entire run from 1982-1985. So here were are more than 30 years later, and despite corrections being made in action figures, role-playing games, media, etc., beginning in the late 80s, old fanboys like me still switch the two names. But I digress.

Here we have Zuckuss himself, the bug-eyed Gand that appeared briefly during The Empire Strikes Back during the bounty hunter gathering on the Super Star Destroyer. Zuckuss is a Toy Wars exclusive and up for preorder with a September delivery. I have to admit, when news of this figure first hit, I was excited and disappointed at the same time. This was bounty hunter #4 from that scene, following Boba Fett, Bossk, and IG-88, and now #5 (the real 4-LOM) has been released). But…he looked so drab in the promotional shots. I’m happy to say that the final product turned out looking pretty good, with better detail and depth, plus slightly better color contrast. Now, get moving, Funko…we need Dengar to complete our set!

Again, big thanks to Toy Wars for providing this sample.