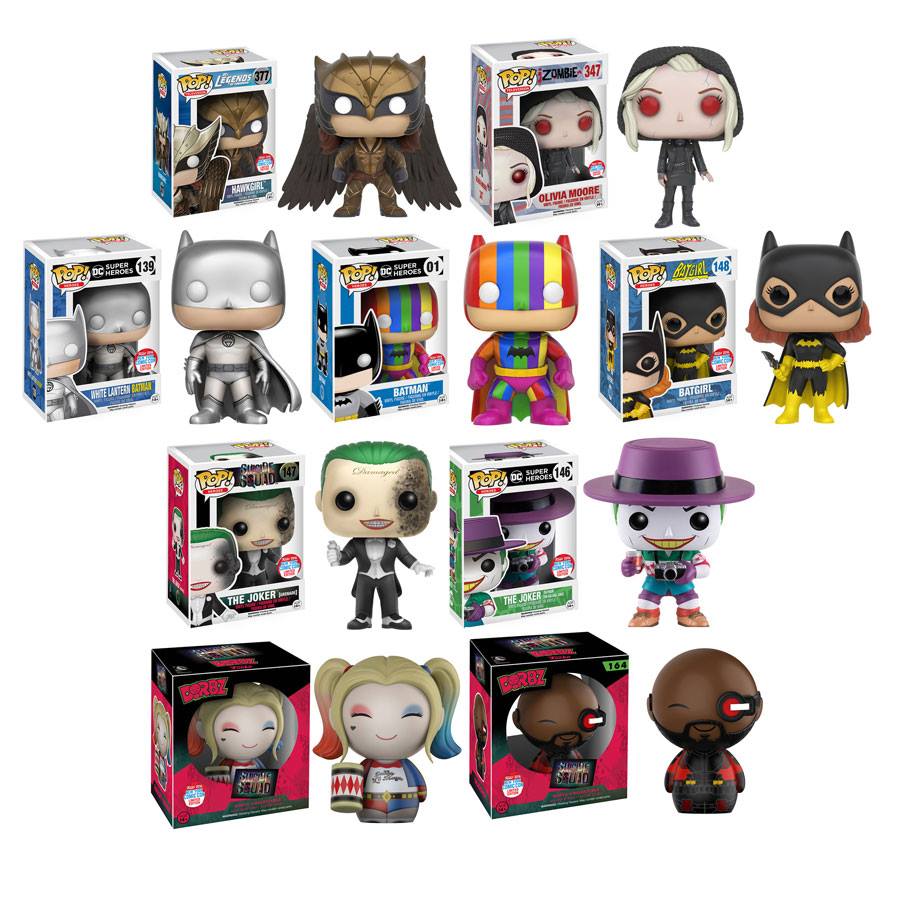 You want DC? You got DC! Funko has announced wave two of their New York Comic Con exclusives, and it’s full of nine items from DC Comics. We’re getting a pair of new Dorbz from Suicide Squad – Harley Quinn with Mallet and Deadshot with Eye Scope. If you’re looking for Pops, you’ll see seven of those – a new version of White Lantern Batman, a new version of Classic Batgirl, a full-on Rainbow Batman, The Joker with Grenade from Suicide Squad, The Joker in his definitive role in Batman: The Killing Joke, Hawkgirl from Legends of Tomorrow, and a hooded Olivia Moore from iZombie.