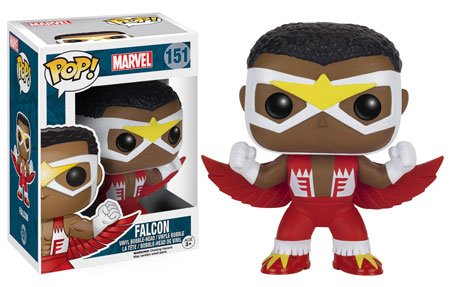 Last night Funko gave us a good look at all of the Rogue One Pops and Wobblers we can look forward to later this month! There are several exclusives so we’ll just go through them by character so you know what options you have for each!

First up, Jyn Erso. There will be two Jyn variants; Hot Topic will be selling a “hood up” version while Target will be carrying Jyn in her Imperial disguise.

Next up is Captain Cassian Andor! You’ll be able to pick up an alternative outfit version exclusively at Target.

K-S20 – the reprogrammed Imperial security droid – will be a regular release. As will Chirrut Îmwe, Baze Malbus, Director Orson Krennic and C2-B5.

In a slightly stranger move, you’ll only be able to find Saw Gererra (played by Forest Whitaker) at Walmart.

You’ll also be able to get your hands on a couple of new Stormtrooper types in September. First up, the menacing Imperial Death Troopers! A chrome variant will also be available at Walmart.

Next up are the Scarif Stormtroopers. Walgreens will be exclusively carrying the ‘striped’ version.

A Bistan Pop! will be exclusively available at FYE however, there is currently no image on Funko’s blog page. I will try and find one to update this post with at a later date.

Last but definitely not least, you will be able to get your hands on two new Darth Vader molds! The force-grip action pose Vader will be sold at GameStop.

Now for the Wobblers! Jyn, Cassian and a Scarif Trooper are all coming this September!

6 thoughts on “All Rogue One Pops and Wobblers Announced!”