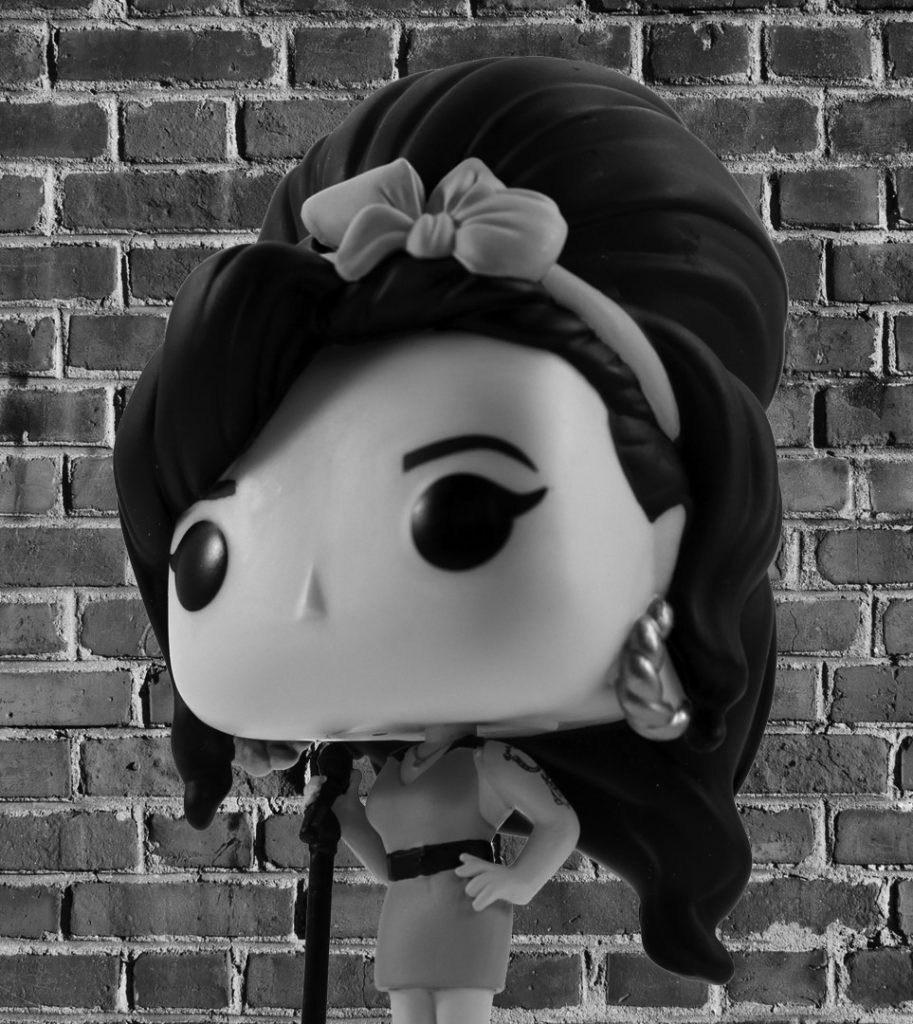 Thanks to the kind folks at Toy Wars, Pop Price Guide has three yet-to-be-released Pops to show off! We’ll be posting one of each of these over the next three days, and we’ll get started today with an addition to the oft-neglected Pop! Rocks series, Amy Winehouse.

I’ll be honest, until recently I knew very little about Amy Winehouse other than her death and struggles with substance abuse. To get a little background before posting this, I checked out some of her tunes and learned a little about her, and I have to say I’m actually a little intrigued to hear more. As much as anything, I’m just excited that Pop Rocks is finally getting some more additions that are a little less esoteric than the likes of Babymetal and Vocaloids and more in the vein of musicians recognized by many.

Funko did a really nice job of capturing Winehouse’s jazzier side in this Pop, including her quasi-beehive hair with adornments. The artists even captured some of Amy’s tattoos on each arm, including (and a bit surprisingly) the nude woman’s torso on her left arm.

Again, big thanks to Toy Wars for providing this sample. They have Amy up up for preorder with delivery expected in September.