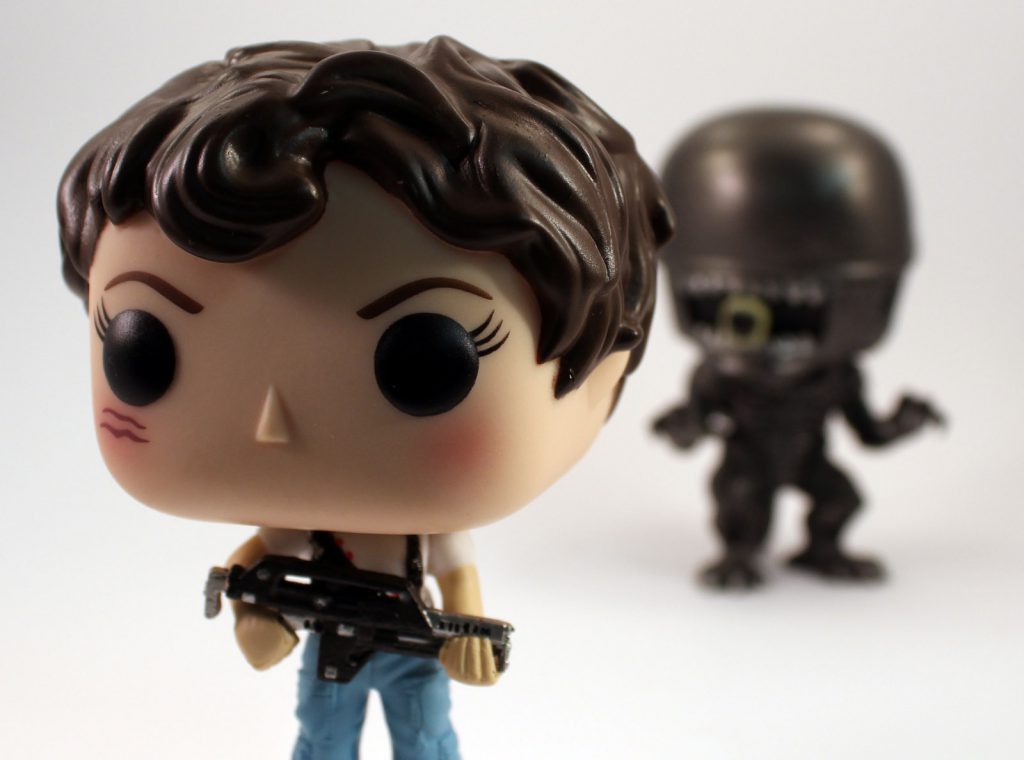 Thanks to the kind folks at Toy Wars, Pop Price Guide has three yet-to-be-released Pops to show off! This is the second of the three, so why not use a Pop from the second movie in the Alien saga, Ellen Ripley from Aliens!

I grew up in the 80s, and trilogies like Star Wars, Indiana Jones and Alien were the staples of my childhood. Even seeing Alien at the tender age of six, it was terrifying and mesmerizing, and left a lasting impression that has kept the trilogy near the top of my favorites list for a lifetime. With seven crew members in Alien, and a good dozen Marines, a new Alien design, and of course the matriarchal Queen Alien in Aliens, Funko has only broken the tip of the iceberg with this franchise.

This version of Ellen Ripley is taken right out of the final sequences in Aliens, as she descends into the alien hive in an attempt to rescue the young Newt from the alien nest. Complete with her pulse rifle, blue jump suit pants and battle wear from the surprise attack on the remaining crew, Ripley is ready for her encounter with the massive Queen Alien (which can’t come soon enough!).

Again, big thanks to Toy Wars for providing this sample. They have Amy up up for preorder with delivery any time.