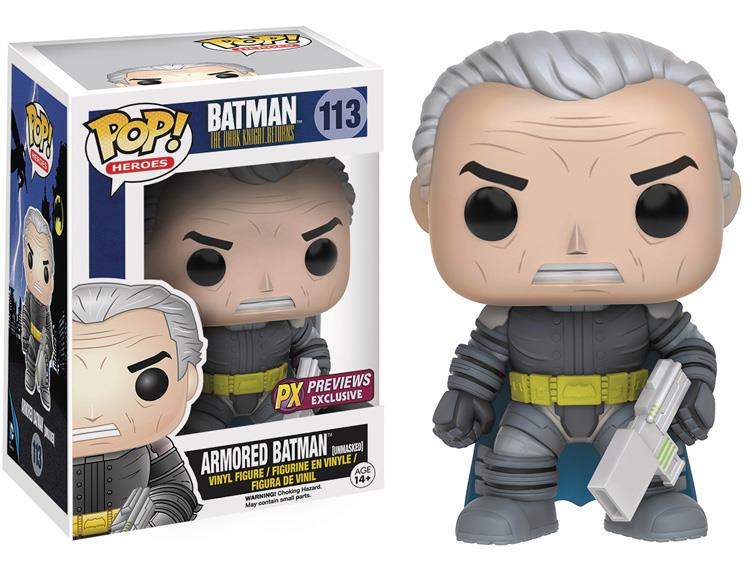 UPDATE: Entertainment Earth now has these up for pre-order with an expected release of March 2017. It could be that Previews is distributing these to comic book stores first or the original release of next month is incorrect. We will update you when we know more.

The Dark Knight Returns hits it’s 30th anniversary this year and to celebrate, Previews will be selling an exclusive set of Pops based on the characters from the classic Frank Miller comic! The set of six includes The Joker, Robin (Carrie Kelly) and four Batman variants. (Black suit, blue suit, armoured and armoured unmasked.)

You should be able to find these at comic book stores next month! Will you be adding any of these exclusives to your collection?