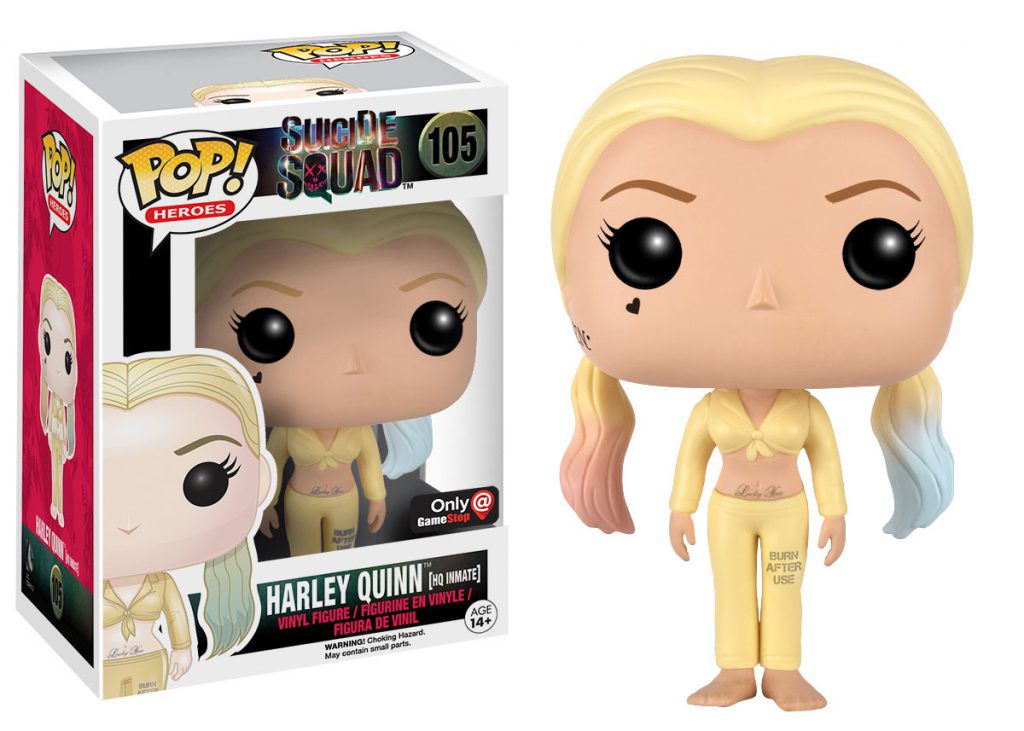 There’s been a bunch of Suicide Squad news the last few days and here comes some more! Funko have announced their store exclusive Pops and Mystery Minis.

You’ll be able to find The Joker (Suit) and Dr. Harleen Quinzel at Walmart.

The Joker (Boxer) Pop! will be available at Target.

And finally, along with their exclusive Harley (Inmate), GameStop will also be stocking exclusive Mystery Minis.

There was no word on release dates, but you can likely expect to start seeing them popping up very soon.