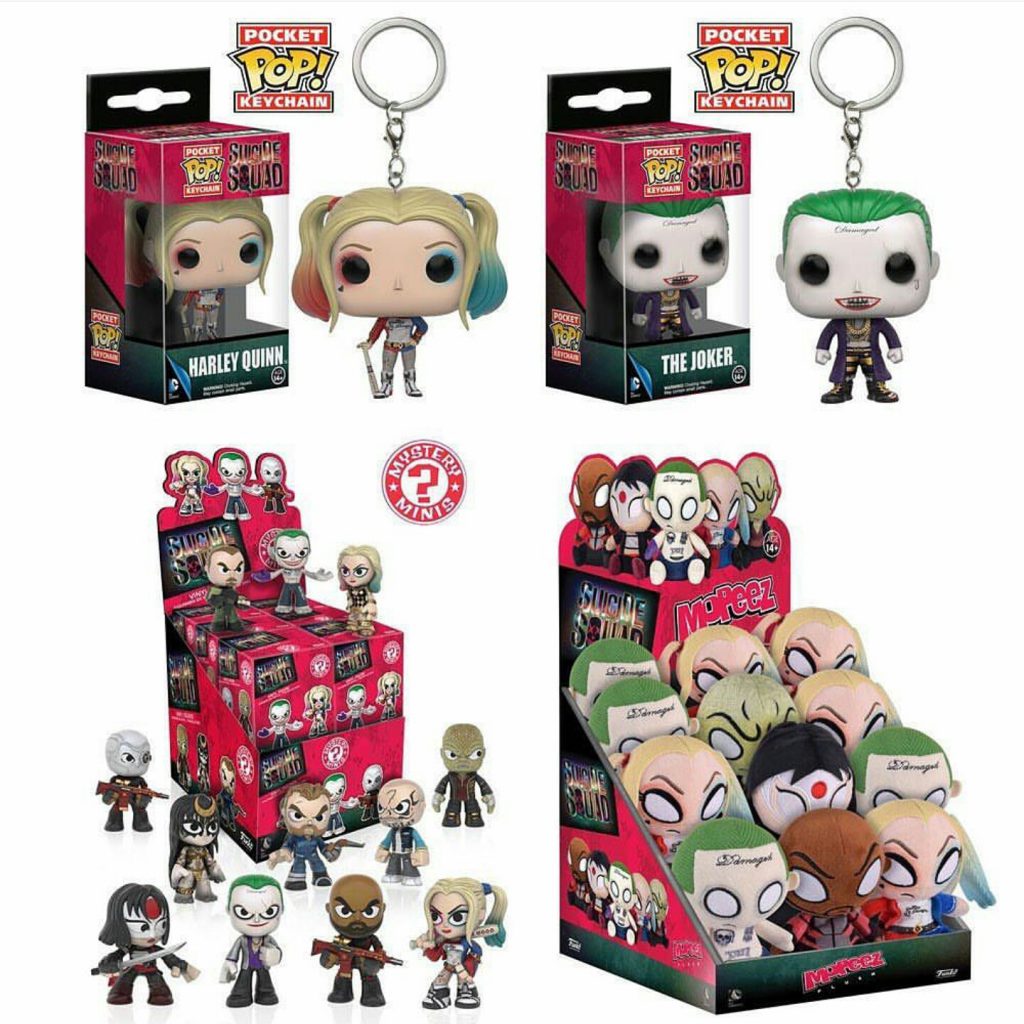 Funko posted about their upcoming Suicide Squad merchandise over on their Legion of Collectors blog, today! You may have seen that the Pops were available at Hot Topic this morning, but there’s a plethora of other Suicide Squad items coming your way soon. Here’s a summary!

They aren’t included in Funko’s blog post, but the three currently known exclusives include Harley Quinn (Gown) and Joker (Tuxedo) which will be available at Hot Topic and the Inmate Harley Quinn which is a GameStop exclusive. FYE have also had a metallic two pack of The Joker and Harley available for pre-order.

The blog post states that these Joker and Harley keychains are due in August, however they have been spotted at multiple Hot Topic stores today.

Four Dorbz are coming in July! The Joker and Harley Quinn will be joined by Deadshot and Enchantress.

If you were looking for something a little more cuddly, these Mopeez might be up your alley. There are five in total; The Joker, Harley, Katana, Killer Croc and Deadshot. (ETA July)

A set of 12 Mystery Minis is also due in August, will you be trying to find the whole set?

If that wasn’t enough, you’ll also be able to get your hands on a Vinyl Vixen Harley and a Vinyl Idolz Joker!

You can pre-order pretty much everything in this post at Entertainment Earth now!