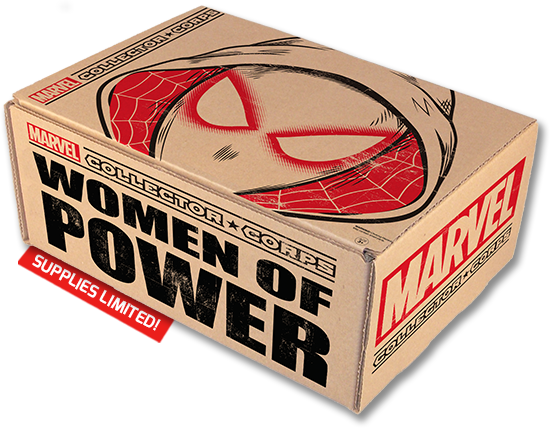 Funko has just posted an unboxing video for its Marvel Collector Corps box. The theme is “Women Of Power” and Funko delivers with a bevy of Marvel beauties in this box!

First up, a Ms. Marvel patch and a Spider-Woman pin.

The comic for this month has an all-female cover and ties in to the current Marvel crossover event, Civil War II.

This month’s shirt? It matches the character on the box. It’s a nice grey and white study with Spider-Gwen smack dab in the middle!

We’re then shown a couple of Mystery Minis. She-Hulk and Captain Marvel powering up with flames/energy coming from her clenched fists.