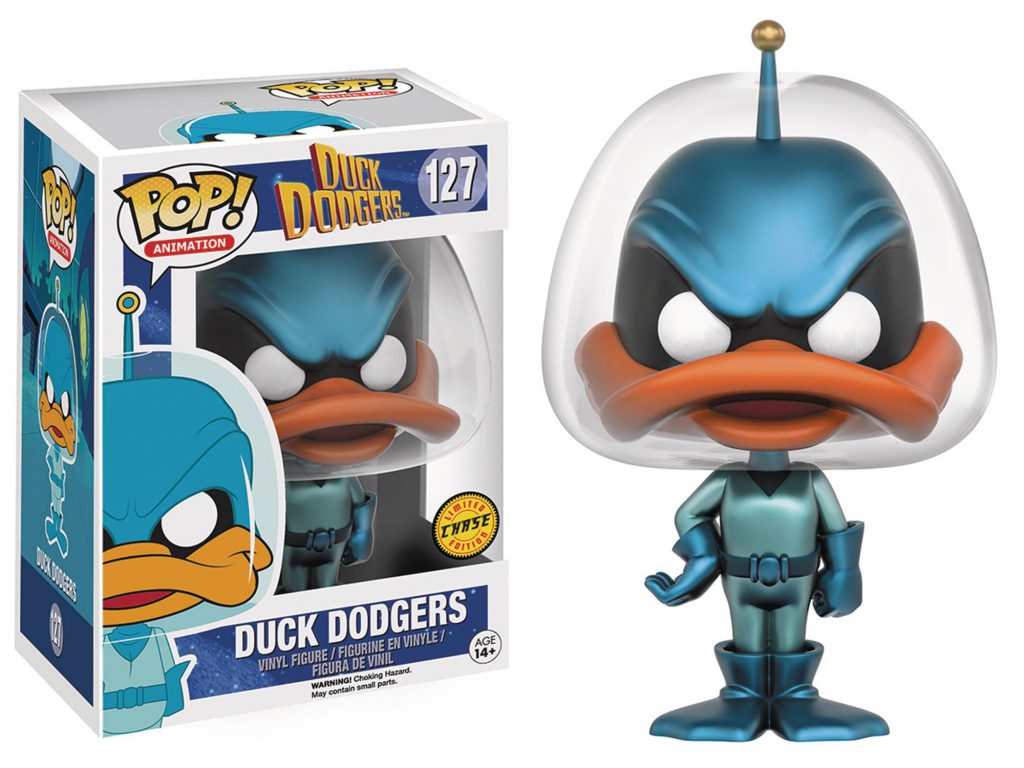 UPDATE: Here are some better images. You can also now place your pre-orders over at Entertainment Earth. Will you be one of the lucky ones to receive a chase?

Funko revealed that two Duck Dodgers Pop! variants would be available at San Diego Comic Con this year, which left many people excited to see the rest of the regular release set – well now we have our first look!

While the image source is currently unknown, it does seem authentic and more or less confirms the rest of the set will (at least) include Duck Dodgers, Space Cadet, K-9 and Marvin the Martian. It also seems that there will be metallic chase variants of both Duck Dodgers and Space Cadet. It is very likely that Funko will officially announce the line soon so stay tuned for any updates!