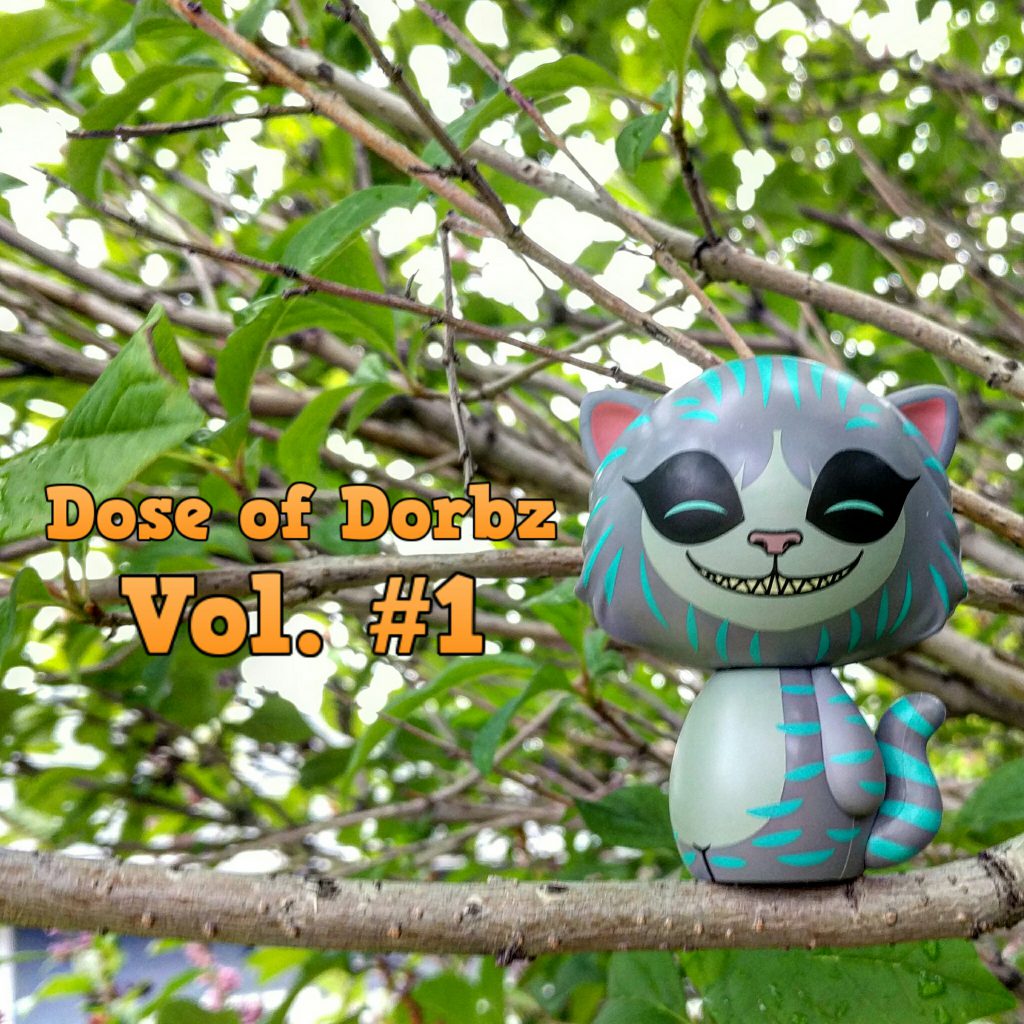 You’ve probably noticed that the popularity of Dorbz has increased dramatically over recent months and with Funko announcing more and more franchises as part of the Dorbz family, it’s only going to get crazier! That’s why, at PPG, we want to embrace these adorable little collectibles and present the Dose of Dorbz segment!

Every so often, we will post a Dose of Dorbz article that details recently announced lines, any upcoming exclusives as well as ‘spotlights’ on certain sets – anything a Dorbz-nut needs to know, or may have missed!

For our first Dose of Dorbz, we are going to put the Alice in Wonderland set under the spotlight! If you didn’t know, there are five Dorbz that make up the collection, Alice, Iracebeth (The Red Queen), Mad Hatter, Cheshire Cat and his chase counterpart – disappearing Cheshire.

Alice – the only Dorbz in this set that I don’t actually own myself – has incredible detail on her dress and definitely resembles Mia Wasikowska’s Alice from the movie.

My personal favourite from this series is without a doubt Mad Hatter, his sculpted eyebrows and bowtie, plus his ridiculous hair and hat just all come together to make this a must-buy.

The addition of a tail and the slightly different head shape on the Cheshire molds were a nice touch, and as with most of Funko’s Cheshire items, he looks adorable. The disappearing chase variant is a simple difference, but looks incredible in person; especially when you catch it in the light.

Iracebeth is probably the most detailed out of the set, from the paint job on her dress to the detailing in her staff and crown. She definitely rounds out a fantastic group of Dorbz!

You can check out a few photos below. I’ll try and include these when I can as sometimes the glamshots don’t quite capture the detail on some pieces.

Have you picked up any Alice in Wonderland Dorbz yet? Who is your favourite? Let us know in the comments!

If you would’ve asked me two weeks ago if I was desperate for any Howard the Duck merchandise, I would’ve given you a definitive “no”. That all changed when Funko announced their new ‘Specialty Series’ Howard the Duck Dorbz. You’ll be able to find these at smaller and independent businesses (like comic and collectibles stores) soon!

Will you be adding any of these to your collection?

So, that’s it for PPG’s first Dose of Dorbz segment! Let us know what you think in the comments and feel free to leave any suggestions or feedback!

— Order the Alice in Wonderland Dorbz at Entertainment Earth now!

9 thoughts on “Dose of Dorbz”