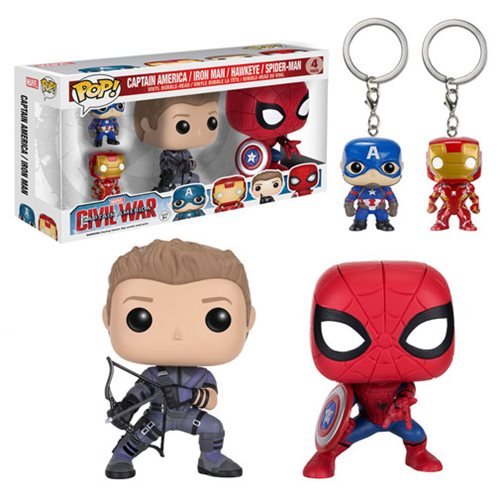 Funko recently announced a Captain  America: Civil War 4-pack that includes Hawkeye and Spider-man Pop! Vinyl figures, as well as Captain America and Iron Man Pocket Pop! Keychains. This item has been on GameStop’s pre-order list for a while, leaving many people wondering what the multi-pack could have contained. Well now we know! You can pre-order it now over at Entertainment Earth for $29.99. Funko also stated that the Hawkeye and Spider-man Pops will not be available individually.