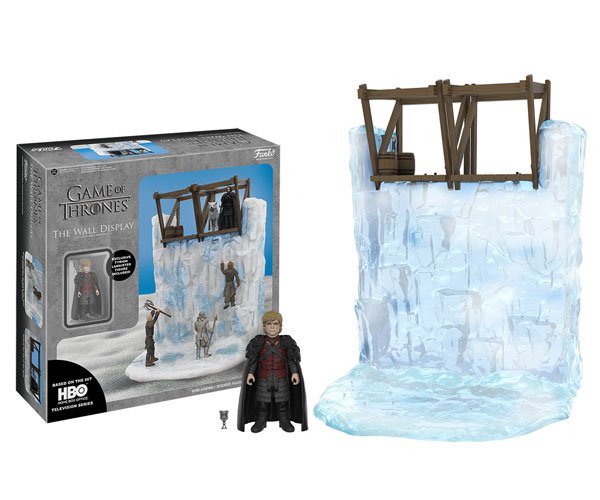 Funko have shown off a bundle of new Game of Thrones products today, all of which are available for pre-order at Entertainment Earth.

If you’re a Dorbz fan, you’ll be able to get your hands on five series favourites: Ned Stark, Jon Snow, Tyrion Lannister, Daenerys Targaryen and The Night King. (ETA June)

A third series of Mystery Minis is also inbound, featuring characters such as Melisandre, Sir Jorah and Samwell Tarly. (ETA May)

If you fancied something new, you might be interested in Funko’s new line of articulated figures. The first wave includes Jon Snow, Samwell Tarly, Ghost, Ygritte, Tormund, Rattleshirt, Styr, The Night King and a White Walker. There will also be a set of The Wall that includes Tyrion Lannister. The set reportadley holds up to 25 of the action figures, measuring 13 inches with 15 inch scaffolding.

What do you think of Funko’s latest Game of Thrones announcements? Let us know in the comments!

One thought on “Game of Thrones Galore!”