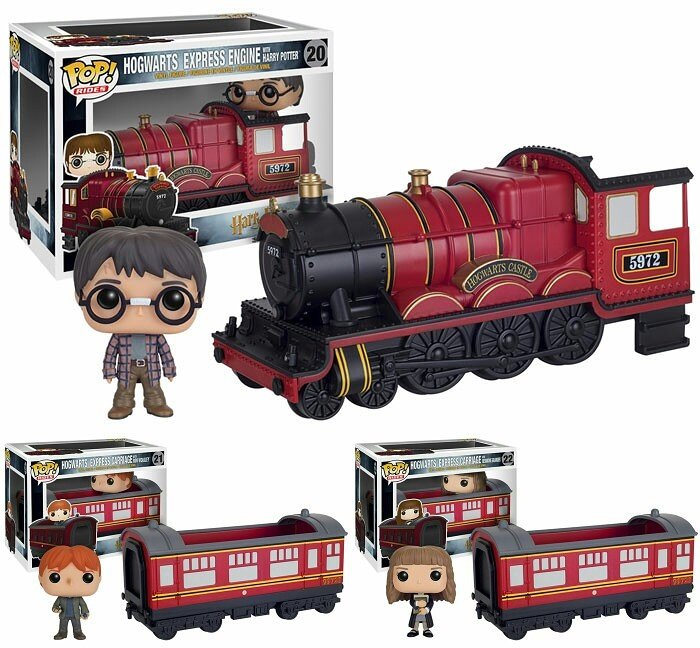 Funko have officially announced their newest additions to the Pop! Rides line! You’ll be able to build yourself a Pop! Hogwarts Express, with three sets – the Express engine with Harry Potter and two carriages, one with Ron and the other with Hermoine. The Pops that come paired with the Rides are new molds, depicting the characters in their ‘civilian’ clothes. You can pre-order these now over at Entertainment Earth with an estimated arrival date of May!