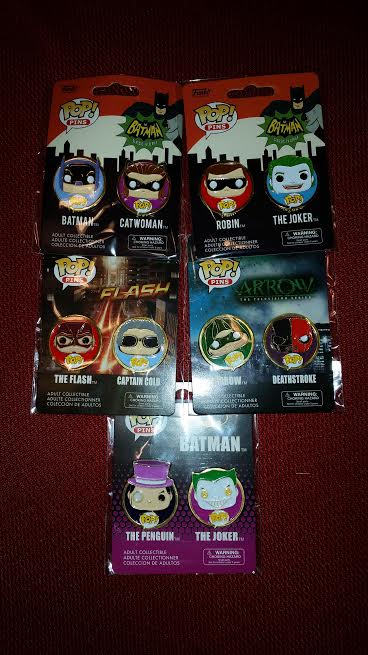 Some new Pop! Pins have been spotted at Walmart today by user, drush1989. Interestingly, they are also two packs. The following sets were found:

Batman – The Penguin & The Joker

These were seen in Louisiana and were priced at $5.96. Are you a fan of Pop! Pins? Do you like the two-pack format? Let us know in the comments!