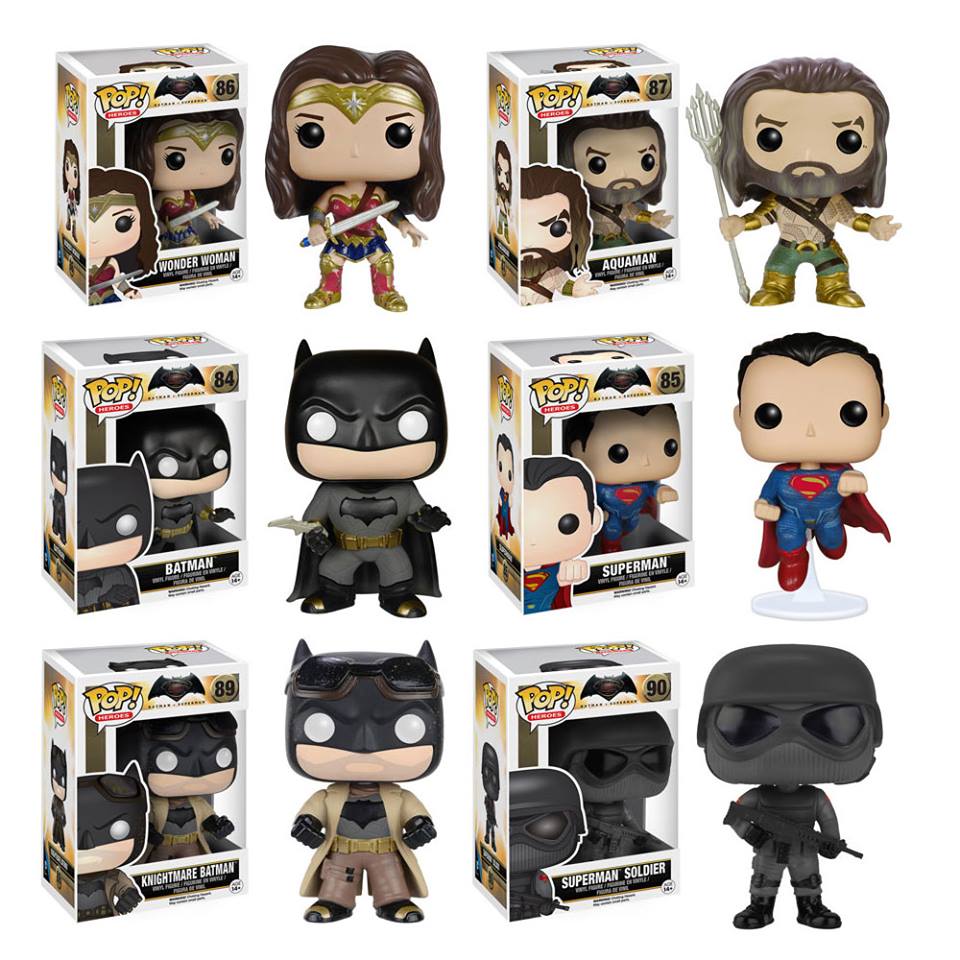 The Mystery Minis has a fun assortment of heroes and their alter egos, offering Superman and Clark Kent; Wonder Woman, armed Wonder Woman and Diana Prince; Batman, Knightmare Batman, Armored Batman and Bruce Wayne; plus Aquaman, Superman Soldier, and Alfred. No wonder on whether these will all be 1/12 ratios, but it’s probably safe to assume so given that other movie lines have been distributed this way.

Fans of the Wacky Wobblers bobble-heads will be able to choose from the four main characters – Superman, Batman, Wonder Woman, and Aquaman. Plus a 4-pack including mini versions of the four.

Finally, we will be seeing Pop Pen Toppers from our four heroes, as well as Vinyl Idolz of the titular characters.