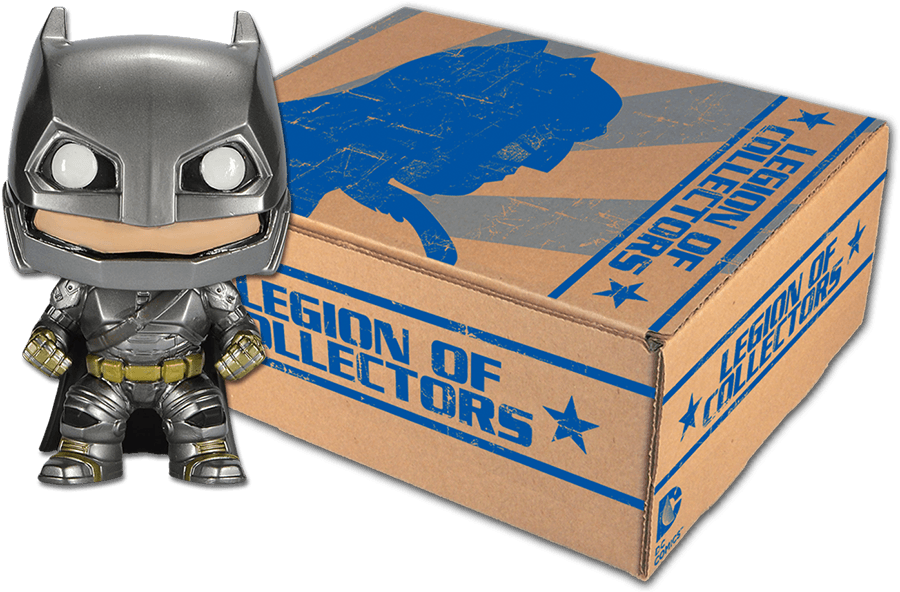 The search for the infamous Armored Batman is over! He will be the first exclusive Pop! in Funko's new subscription box service, Legion of Collectors. Similar to Marvel Collector Corps and Smuggler's Bounty, Legion of Collectors will offer a bi-monthly box of DC Comics goodies, including an exclusive Pop! Vinyl figure. Other contents often include a t-shirt, comic, badge and pin, plus other Funko products.

The first box ships in March (just in time for Batman Vs Superman) so there's still plenty of time to subscribe! You can also sign up for the founder's program. in which you pay in advance for a year's worth of sub boxes and in return are rewarded with an exclusive collectible when the year is up.