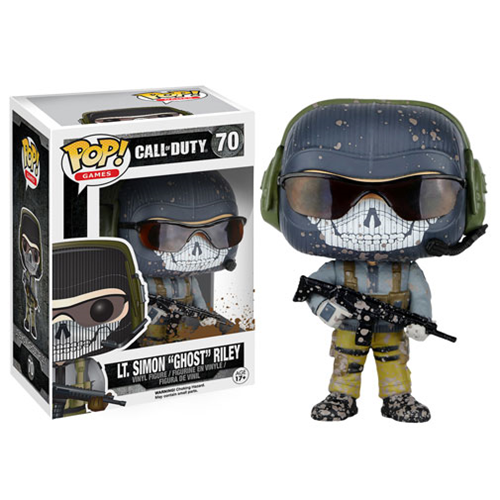 A large quantity of dirty Call of Duty Pops have been found in Gamestop’s stock, pulled, and placed into the hands of other retailers worldwide. When asked about these filthy toys, Funko simply said “Use soap or GTFO.”

(For those who don’t have the sarcasm gene, that paragraph was indeed sarcasm.)

All kidding aside, Funko has taken the four Pops in the Call of Duty line that are (were?) exclusive to Gamestop (Lt. Simon “Ghost Riley”, Brutus, Msgt. Frank Woods, Capt. John Price), slopped some muddy paint on them, and released them to the general public. Entertainment Earth currently has them available for preorder, as does Toy Wars. Kind of a strange move to take a “splattered” version and make it the non-exclusive version, but Funko has done stranger things.