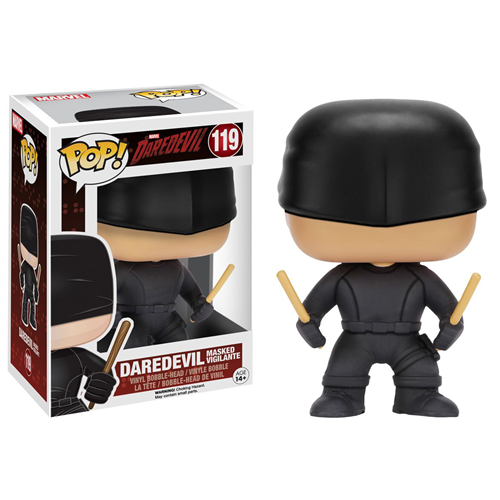 Funko will be releasing Pops from the Netflix series, ‘Daredevil’ early next year! The line will include Wilson Fisk, Matt Murdock and two versions of his alter ego; the early black suit from the series and the red suit from the finale. If you would rather carry a tiny man with no fear around with you, you’ll also be able to grab a Pocket Pop! version of the red suit! Check them out below!