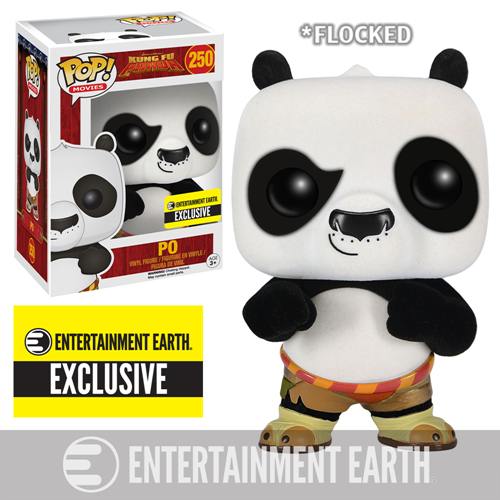 Dreamworks is making a big splash in Pop collecting today, with figures from two animated movies getting the Pop treatment. Kung Fu Panda will include Po, Po with Hat, Tigress, and the Entertainment Earth exclusive flocked Po. The Shrek movies also see their Pop debut, with Shrek, Donkey, and Puss N Boots as the inaugural characters. Kung Fu Panda is due in January and Shrek is due in March, and all of them can be preordered right now from Entertainment Earth.