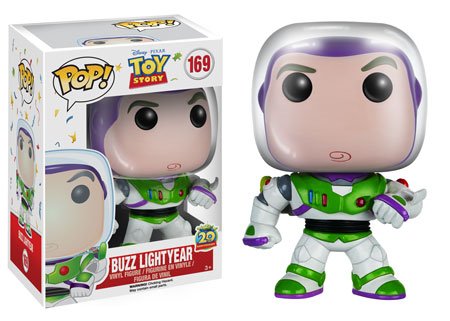 In an effort to make me feel really old, Funko has reminded us that 2015 marks the 20th anniversary of the beloved Disney/Pixar movie, Toy Story. To commemorate, two new figures and two retooled figures are being released from the 1995 movie – Buzz, Woody, Hamm, and Rex. These are due in January and are up for preorder at Entertainment Earth.