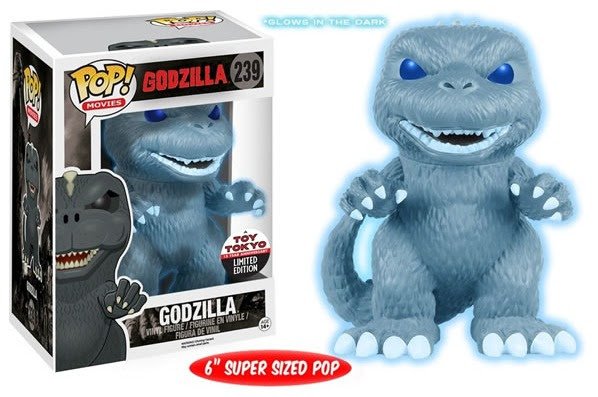 The NYCC ball is now rolling! Toy Tokyo has announced a slew of exclusives coming up for the con, which takes place October 8th-11th. Collectors of Pop Vinyl, Hikari and Dorbz all have something to look forward to. The Hikari first C-3PO Hikari to hit the market, and will be a Dirty Penny variation limited to 500 pieces. The Dorbz Ridez line sees its first piece with the red Batmobile and Batman. There are also five variants of Pop figures that will be available: the Glow in the Dark “Ghost” Godzilla, Black & White Godzilla, Freddy Funko for Toy Tokyo’s 15th anniversary, and variations of Captain Apollo and Lt. Starbuck from the episode of the classic series, Experiment in Terra.