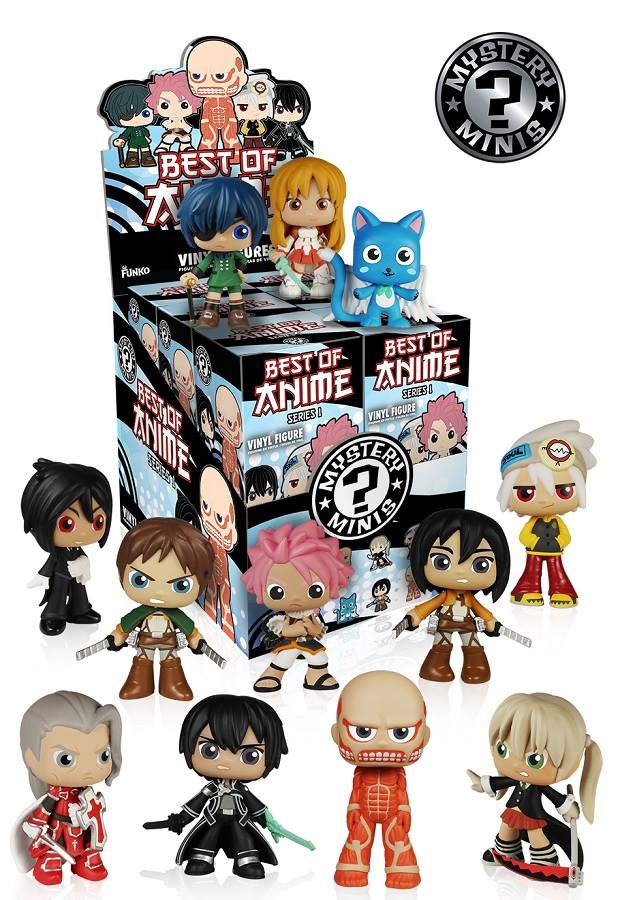 First revealed at Toy Fair this year, we finally have a look at two new series of Mystery Minis – Horror Classics Series 2 and The Best of Anime. Also new is a glaring exclusion to the first wave of Horror Reaction figures, Leatherface from The Texas Chainsaw Massacre.

The second series of Horror Classics is loaded with great characters – (Top Row) Alfred Hitchcock , Cthulhu, David (The Lost Boys); (Second Row) The Fly, Ed, Alfred Hitchcock (Black & White), Stripe (Gremlins), Cthulhu (Glow in the Dark), Nosferatu, The Crow; (Third Row) Creature from the Black Lagoon, David as Werewolf, Shaun, Pinhead, Frankenstein’s Monster, Edward Scissorhands, Beetlejuice – though I’m not sure in what universe Beetlejuice, The Crow, and Edward Scissorhands are considered horror. These are also due in November.

Finally we have the retro style Leatherface Reaction Figure. This is due to hit in November as well.

These are all up for preorder at Entertainment Earth, via the links below.