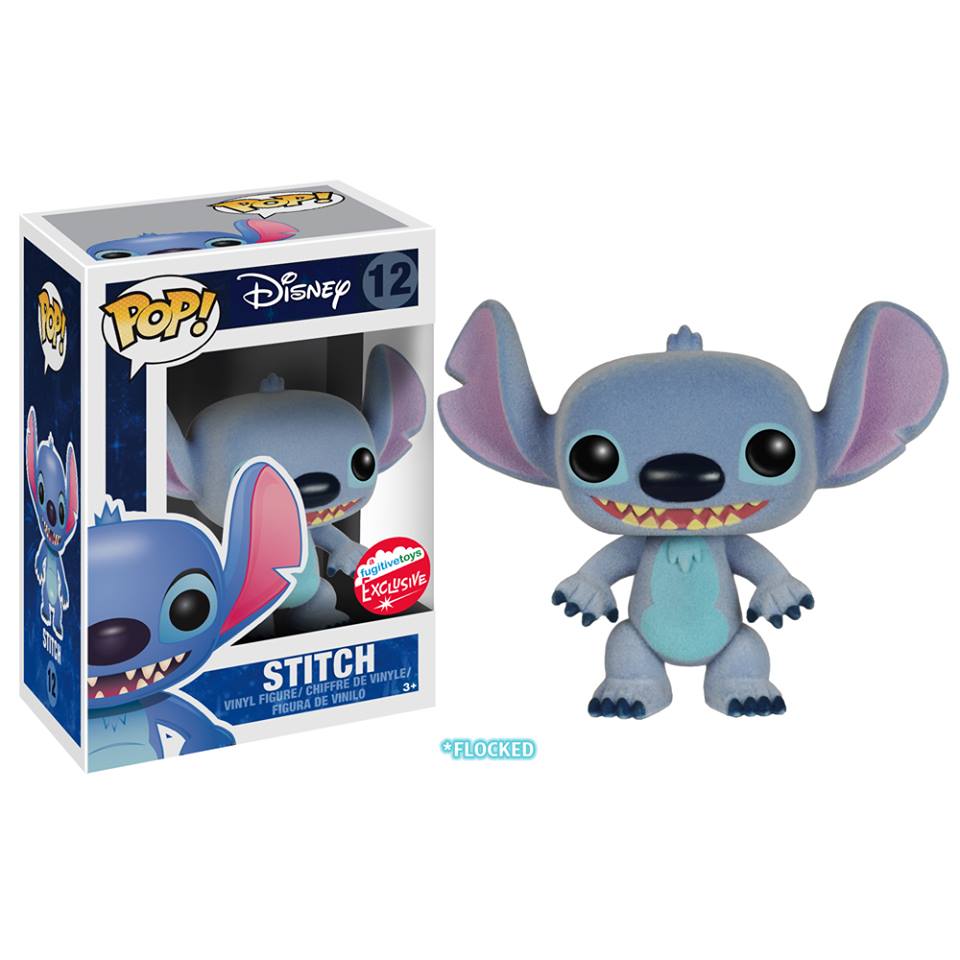 Following the announcement of the New 52 Reverse Flash Pop, Fugitive Toys has announced their second NYCC exclusive to be a flocked version of the original Stitch from Lilo & Stitch. This is kind of a surprise to me to see the early version of Stitch get a new treatment, given that there is a new mold of Stitch due out later this year. Regardless, this is bound to be popular with Disney Pop collectors.