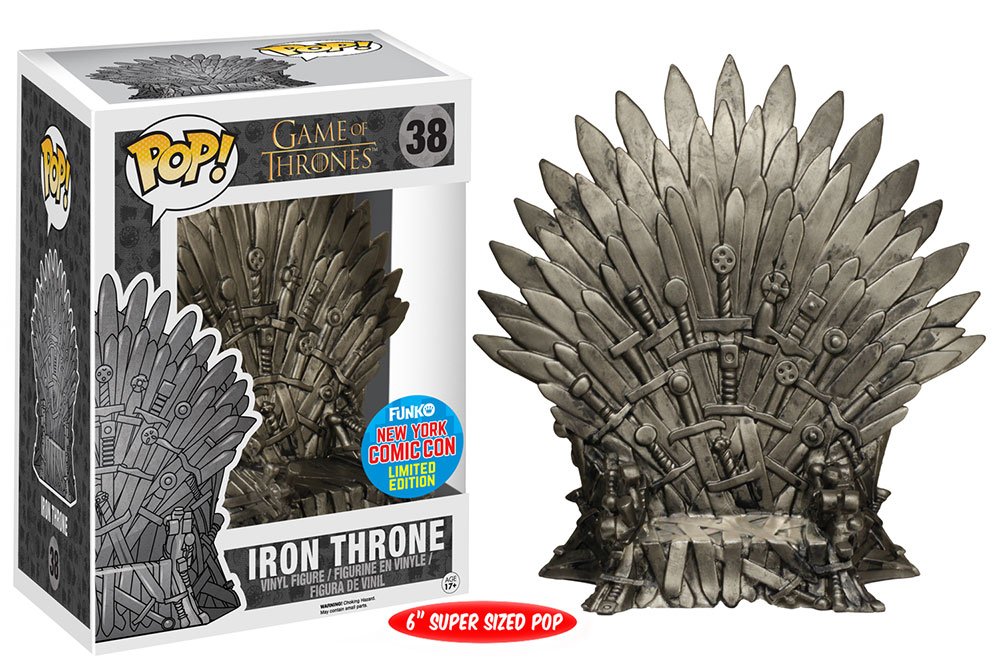 Pop! TV Game of Thrones has the distinction of being the Final Exclusive for Funko’s very first year at the New York Comic Con. The Super Sized Size 6″ Iron Throne was “forged by the breath of the greatest dragon” from HBO’s amazing series Game of Thrones. This is the first time Funko will have a booth at the NYCC and they’ve been rolling out announcements all week. In past years certain stores had Exclusive offering’s so it’s cool they are finally getting involved themselves instead of just producing must have additions for Toy Tokyo,Fugitive Toys ect. Now you can choose which house deserves the Iron Throne in your collection. Although it is considered a Limited Edition there isn’t a Piece Number so it looks like several were made and some will hopefully be available from distributors we were able to find SDCC Exclusives this year.

5 thoughts on “And the Final NYCC Reveal…”