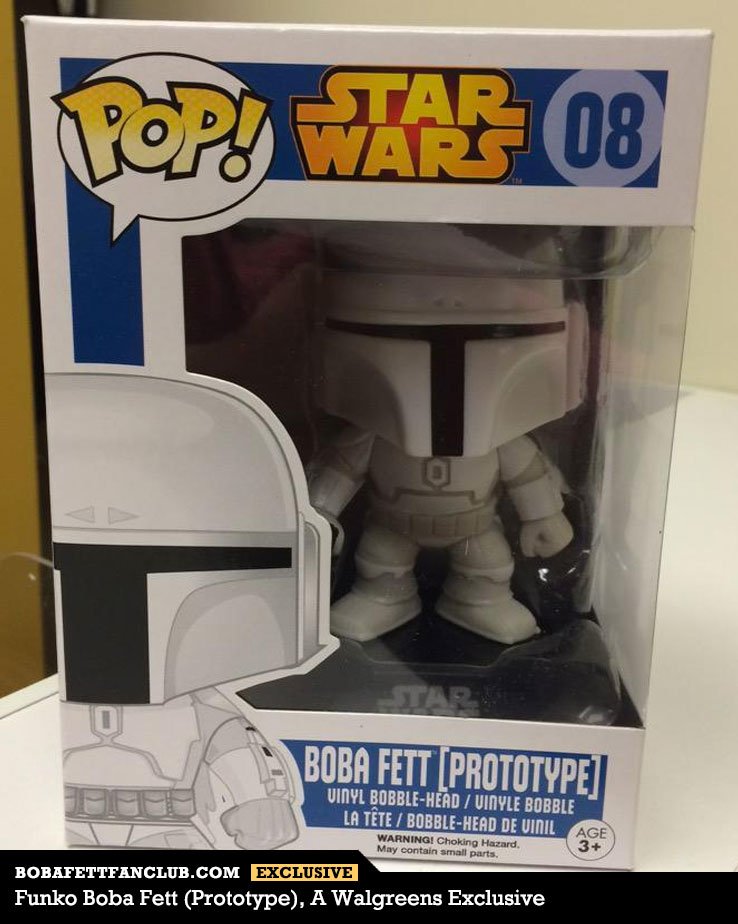 The Boba Fett Fan Club were the first to get the scoop on the Boba Fett [Prototype] due to be released in September. This Pop is one of a 4 figure “classic wave” addition to the Star Wars line set to be Walgreen’s Exclusives. The good news is they are reportedly ordering lots of them so they anticipate having them on their shelves for quite some time. A Salacious Crumb Proto was spotted at FunDays along with a Jabba the Hut/Slave Leia “scene” combo which looked absolutely amazing. Salacious Crumb might be one of the Exclusives but either way he will be announced eventually! Between UnVaulted Pops and Exclusives its been a great year for fans of Star Wars & Funko!!  Which Star Wars character do you hope to see included in the Walgreen’s Exclusives??